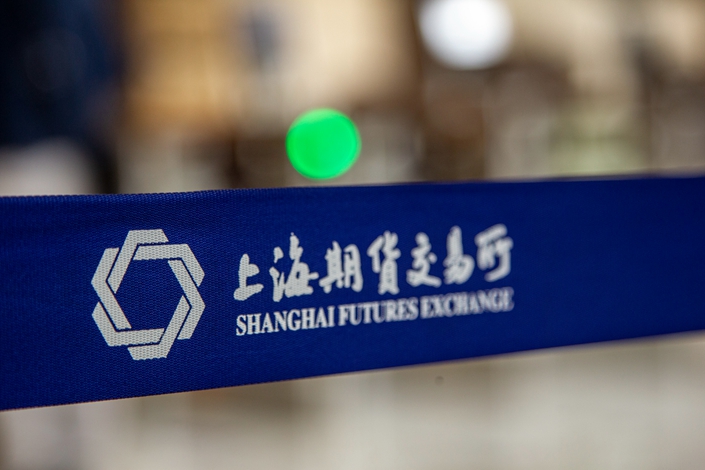 Of China’s four futures exchanges, the Shanghai Futures Exchange is the largest in terms of trading volume. Photo: IC Photo

A senior Communist Party official at the Shanghai Futures Exchange died over the weekend from unknown causes, sources told Caixin.

Hu Kun, 46, a member of the exchange’s Communist Party committee and its disciplinary inspection chief, died at home over the weekend, according to several people who refused to be named because of the sensitivity of the issue.

The Shanghai Futures Exchange confirmed Hu’s death late Tuesday. The exchange said in a statement that Hu was found dead at his home in Shanghai.

“Police investigation and forensic examination found (Hu was) suffocated to death,” according to the statement. The exchange praised Hu’s contribution and called him “dedicated and honest.”

The exact cause of Hu’s death is still unclear. Rumors swirled among people familiar with him that he hanged himself, while others said he died of a heart attack.

Sources close to Hu told Caixin that Hu has lived mostly alone in an apartment near the Shanghai Futures Exchange for about a year. His wife comes occasionally.

Early Sunday morning, Hu’s wife called security guards at the community where Hu lived a dozen times, asking the guards to visit Hu. Hu didn’t answer the door, sources close to the matter told Caixin. Hu’s wife arrived at the apartment around 5 a.m. and called police to open the door. Hu was declared dead on arrival at the hospital, sources said.

Hu was last seen in public on July 18 when Jiang Yan, head of the exchange, led members of its party committee on an official trip to Taihu county in southwestern Anhui province in eastern China, according to an exchange press release (link in Chinese) that cited a local media report.

Hu had worked for the Shanghai Futures Exchange for a little more than a year. He joined the exchange in June 2018 as a member of its party committee and its disciplinary inspection chief.

Before receiving his position at the exchange, Hu worked at the Tibet branch of the China Securities Regulatory Commission (CSRC) and became a deputy head of the regional office at some point in or before August 2015. In an interview with official local media at the time, he promised to develop the region’s capital market.

In 2015, China’s financial regulators fast tracked initial public offerings for companies in Tibet. As of July, 18 companies in Tibet had been listed in China’s A-share markets, according to the CSRC (link in Chinese). Another 16 are traded on China’s over-the-counter stock market, operated by the National Equities Exchange and Quotations Co. Ltd., official data showed (link in Chinese).

Before the start of 2016, there were 11 Tibet-based companies listed on the A-share markets.

The story was updated with more information about Hu’s death