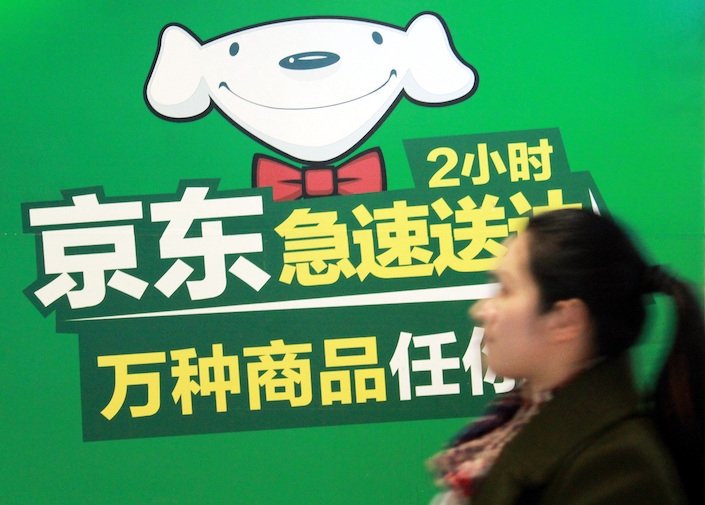 Dada-JD Daojia is considering a U.S. listing to raise as much as $1 billion, a source says. Photo: VCG

Dada-JD Daojia, the online grocery and delivery venture of China’s e-commerce giant JD.com, is in talks for a U.S. initial public offering (IPO) next year to raise between $500 million and $1 billion, Caixin learned from a person close to the company.

Dada-JD Daojia has launched talks with several banks and investment banks for an IPO on Nasdaq in 2020, according to the person, who is close to the company’s senior management. The company is seeking cornerstone investors for the offering, said the person, who declined to be named.

Dada-JD Daojia started considering a U.S. listing late last year and has launched internal restructuring as preparation, the source said. Money raised from the offering will be mainly used to supplement operating capital and provide incentives for customers and delivery staffers.

Dada-JD Daojia has tried to cut subsidies to its delivery team, but that has led to worker departures and a decline in orders, the source said.

“Compared with food takeout, grocery delivery is less frequent, and it is more difficult to support a huge crowd-sourced delivery team,” the source said, adding that the company is actively seeking new business fronts.

Caixin learned that Dada-JD Daojia has posted widening losses over the past two years. The company said in a statement that the losses are within expectations and the company is optimizing operations to reduce losses. Dada-JD Daojia has seen business improving with fast revenue growth and declining debts. It posted a 300% annual compound growth rate for revenue with an 11% widening of losses, the company said.