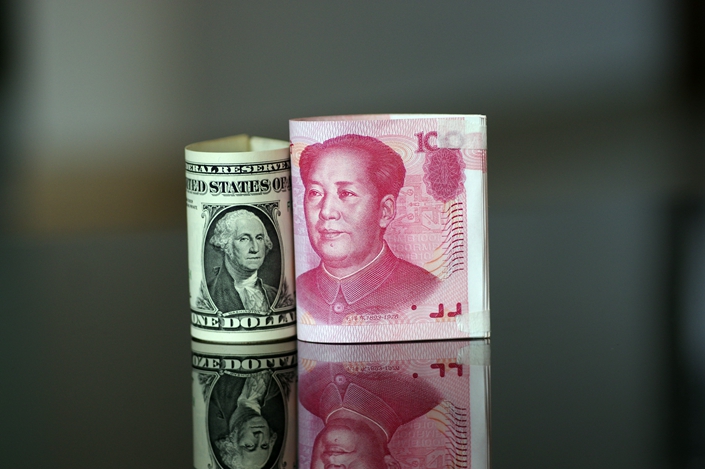 Bombs away! Run for cover! That sums up Western pundits’ reaction to the latest flare-up in President Trump’s trade tiff with China. On Aug. 5, after Trump announced more tariffs, the People’s Bank of China (PBOC) let the yuan slip below seven to the dollar, supposedly morphing the trade war into a “currency war.” Headlines warned of a “weaponized” yuan. Opinions got shriller when Trump retaliated by telling the U.S. Treasury to label China a currency manipulator. Pundits envision currency mayhem destroying global markets. They miss the obvious: The PBOC doesn’t even want a weak yuan. Get ahead by knowing what the West doesn’t.

Currency wars have usually struck me as silly. They supposedly entail countries trying to out-do each other by weakening their own currency. Pundits call it a destructive race to the bottom, seemingly ignoring that currencies trade in pairs. There is no bottom! This isn’t the first time currency war madness has allegedly descended. Headlines hyped it in 2010 and 2015. Do you remember the great global bear markets of 2010 and 2015? Or big economic crashes? Me neither. They didn’t happen. And won’t this time. What’s the worst that can happen — that everyone cuts interest rates and steepens the global yield curve? Bring it on.

The supposed motivation for a currency war is also wrongheaded. Currency warriors argue a weak currency boosts exports, bringing big economic stimulus. But if that were the case, Japan would have had a rip-roaring economy since 2013. That’s when the Bank of Japan made the yen super weak. But Japan didn’t enjoy any export-led boom. Export volumes sank even as the value of exports in yen rose. That tells you firms just pocketed easy profits from currency conversion. They didn’t boost production. The broader economy didn’t benefit. But Japanese consumers suffered as the weak yen made imported fuel more expensive. Winning a currency war was no victory.

Or, look at Britain. They’re winning a currency war without even trying, thanks to Brexit fears. The pound is flirting with 35-year lows versus the dollar. But Brits aren’t cheering! They fear skyrocketing import prices and stagflation. The Bank of England warns of recession. I think their gloom is unwarranted, considering Britain did just fine with a weak pound in 2016. But even then, exports didn’t skyrocket.

The grand irony is that the PBOC probably has been intervening with the yuan. But by strengthening it, not weakening it. Have been for years. When the PBOC wants a weaker yuan, they sell Chinese assets and snap up foreign assets like U.S. Treasurys. Selling yuan-denominated assets weakens the currency. But they aren’t doing this. Chinese holdings of U.S. bonds are down in recent years, not up. So are Chinese foreign exchange reserves. When the yuan hit the skids four years ago, Chinese officials burned through about $1 trillion worth of foreign reserves to support it.

This summer, the dollar strengthened against a trade-weighted major currency basket but was oddly flat against the yuan. When a country adopts new tariffs, it is normal for its currency to strengthen a bit — this is the market’s way of offsetting the tariff to keep local consumer prices from rising as much. America’s new tariffs were against China. So the dollar should have strengthened against the yuan, too. Its flatness was a sign the PBOC was intent on keeping the yuan stronger. Looks to me like all the PBOC did on Aug. 5 was take its hand off the lever and let the market move the yuan on its own for a day. Maybe it was a warning shot to Trump, maybe not. No way to know. But it doesn’t look like an intervention.

Regardless, the notion of the yuan freefalling from here is laughable. You don’t need me to tell you the PBOC doesn’t want it! To foreign investors, a weakening yuan would signal economic trouble, triggering capital flight and rendering economic instability. Officials don’t want that. Just like four years ago, they want stable capital markets, with foreign money coming in to boost local industries. Economic growth and stability matter much more to China’s pragmatic leaders than fighting America with a cheap yuan. Then too, a weak currency is much less useful for China as the economy increasingly emphasizes services and consumption rather than cheap exports. Headlines arguing otherwise are stuck in the past. If Chinese officials were happy to let cheap manufacturing go to Vietnam while services ascended, why would they suddenly crave cheap exports now? If they want consumption to drive growth, why would they make imports more expensive, hurting retailers and consumers? The logic doesn’t hold.

As for Trump designating China a currency manipulator? Meaningless. It changes nothing. Past U.S. presidents have threatened to do this so they could have legal cover for new tariffs. But President Trump used other U.S. laws to justify his tariffs on China. So all the currency manipulator label does is give the U.S. Treasury a green light to work with the IMF to find a solution for China’s allegedly manipulated exchange rate. My guess? The IMF will point out the obvious — that the yuan isn’t artificially weak — and everyone will go home.

My views on this trade spat haven’t changed. I still think this is less about economic policy than pre-election grandstanding and North Korea. Did you see all those rockets Kim Jong Un launched? Trump needs Xi Jinping’s diplomacy help again! Meanwhile, he can tour America’s factory towns and brag to voters that he’s doing something to give them a currency edge over China. Details and facts don’t matter in American politics as much as a good story. “I’m going to nail China for currency manipulation” is a great story for many in America’s Midwest “rust belt.”

Eventually, Trump’s incentive is to call a trade truce that lets both sides tout victory. Just not any time soon. Memories are short, and America’s election isn’t until November 2020. If Trump got his big win now, folks would forget it before the election. It’s better for him to string things along until next summer, then boast a fresh win while campaigning. That’s a frustrating part of American elections, but one stocks are used to.

Seeing through all this is key to success with Chinese stocks. The CSI 300 got whacked as currency war fears hit sentiment. Identifying false fears is key to staying disciplined and capturing the bounce that regularly follows fast pullbacks. Currency war fears are as false as they come.