Fisher: Low or High, Stock Valuations Don’t Tell You When to Buy 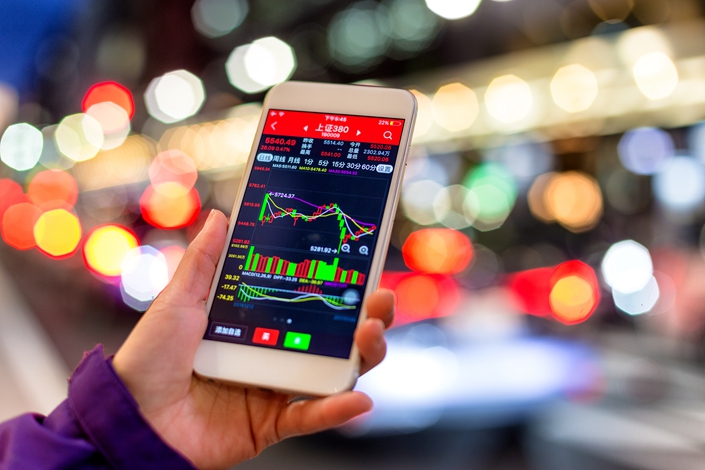 In all 145 years through 2018, any level of P/E, however high or low, predicted nothing one year into the future. Photo: VCG

Are stocks overvalued worldwide? The IMF says yes, claiming American and Japanese stocks are the priciest — set to tumble once investors come to their senses. Together, America and Japan account for more than 70% of developed world stock market capitalization. If they tanked, so would global markets. China wouldn’t be immune, as plunging developed world stocks would raise fears of a global recession cratering demand for Chinese goods and services. Thankfully, though, you can relax. I’ve spent decades researching stock valuations. They aren’t predictive. Not in the U.S., China or anywhere else — in any time period anyone really cares about.

When pundits call stocks “overvalued,” they’re referring to measures comparing stock prices to the underlying business’s size or perceived objective value. The most common is the price-to-earnings ratio, or P/E — stock price divided by earnings — but there are many. Trailing P/Es use the past year’s earnings, while forward P/Es use earnings expectations for the next 12 months. Another popular tool is the price-to-book (P/B) ratio. It compares a company’s total stock market value to its total assets minus its total liabilities, its book value. The IMF used a ratio of stock prices to companies’ “fair value”—an estimate of how much each company would sell for, lock stock and barrel, if another entity bought it. Back in the 1980s, I championed comparing stock prices to company sales—the price-to-sales (P/S) ratio. Valuations serve a valid purpose. A stock’s price alone tells you nothing. As I write, American Tech giant Apple’s stock trades for around $257 per share. Fellow U.S. tech heavyweight Microsoft trades for over $100 less, at around $144 per share. Looks cheaper! But Microsoft has millions more shares outstanding than Apple does. Its trailing P/E ratio is 27.2. Apple’s trailing P/E is just 21.6. Said differently, investors pay more for each dollar of Microsoft’s earnings than they do for Apple’s. That makes Microsoft more expensive, despite its lower share price.

Many think expensive stocks are likely to fall, or at least trail cheap ones. I’ve spent eons studying P/Es every which way. Valuations don’t predict. Hence Microsoft’s higher valuation doesn’t mean it is set to crash or that Apple will outperform it over the next one, three or five years. What’s true for individual firms is equally accurate for stock indexes.

Consider U.S. stocks for their lengthy history dating all the way back to 1873. Today, their trailing P/E is 22.46. Since 1873, 16 calendar years began with a higher P/E. Stocks rose in 11 of those years and fell in five. Of the 14 completed three-year periods that began with higher P/Es than today’s, stocks rose in 11. Similarly, there are 13 completed five-year periods that started with higher P/Es. Stocks climbed in nine of them. All this is fairly in line with stocks’ historical tendency to rise two-thirds of the time. Nothing here is a reliable buy or sell signal.

In all 145 years through 2018, any level of P/E, however high or low, predicted nothing one year into the future. We know this thanks to a complex but routine statistic called “R-squared.” It tests whether one recurring phenomenon possibly causes another. For P/Es, R-squared shows zero causality between P/Es and returns over one, three and five years.

Valuations aren’t predictive for Chinese stocks, either. The history is very limited, with P/E data beginning in 2008 for A-shares traded in Shenzhen. The average P/E since 2008 began is 24.9. When 2010 began, the P/E was a whopping 34.6—way above average. But A-shares rose that year—and in four of the next five. Avoiding “expensive” A-shares then would have been a mistake.

The reasons P/Es don’t work are simple. One: They use past performance — never predictive. Stocks aren’t serially correlated — meaning their price movements one day, week, month or year don’t predict the next. Two: Stocks price is widely known information. P/Es are among the most commonly discussed investing information on Earth. Conventional wisdom about P/Es is core curriculum for every financial professional. Any edge they and any other valuations ever offered waned eons ago. Case in point: The P/S ratio worked for a while in the 1980s, when I was virtually alone in using it. Later, it got too popular. Loads of investors used it, professors taught it in college finance courses and stocks priced it in. You can’t out-invest the crowd using a tool everyone monitors closely.

But you can still get an edge if you use P/Es differently than everyone else. A big trick to getting ahead is to interpret widely known information differently. To do this with P/Es, flip them — divide earnings by price. This gives you the market’s earnings yield. That’s basically the return you’d get each year after taxes, forever, if the stock market were a company, you owned it all, and earnings never grew.

What about China? A-shares’ earnings yield is 4.9%. Lower than the world, but still higher than Chinese corporate bonds’ average 4.2% yield to maturity. Here, too, that rate is pre-tax. China taxes interest income at 20%, dropping after-tax yield to about 3.4%. Chinese stocks’ earnings premium may be lower than the world’s, but they are still a better long-term buy than bonds.

Again, that calculation presumes earnings never grow. But they do! Businesses adapt in the long term. They capture technological change and innovation. New inventions bring new sources of corporate earnings. Think about how many products use a simple microchip. Firms routinely dream up new ways to combine evolving technology with basic products and services. Medical progress is unending. China is especially well-positioned thanks to Made in China 2025 — the strategic plan to make China a global high-tech leader. The more high-tech activity clusters in China, the more technological breakthroughs will happen, driving long-term earnings for the ChiNext, Shenzhen and Shanghai composites.

When you own stocks, you own this limitless future. If you need long-term growth to fund your retirement, stocks are the surest way to get it. Earnings yields tell you this future is a bargain today, regardless of what western pundits think.