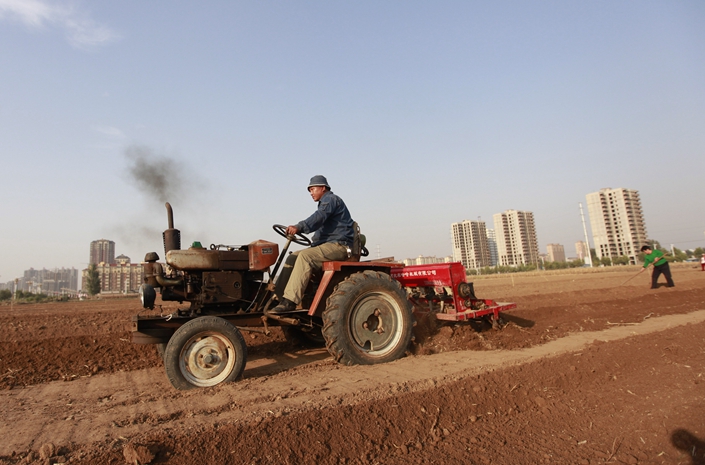 The draft amendment to the Land Management Law, the third iteration of the draft, has been passed by the Standing Committee of the National People’s Congress. Land problems are no trivial matter. Whether it is about how to define the “public interest” of collective land expropriation or the scope of land expropriation, land expropriation procedures or compensation standards, land is directly related to citizens’ vital interests, and the hand of power must be locked inside the cage of the system. The law must reflect the decisive role of the market in the allocation of resources, which is an extremely important factor of production.

Since the law entered the review process in 2018, the amendment process has been quickened with the third deliberation less than two months after the second one. This shows the urgency. Before the revision, the land management law seriously lagged behind the times and has become a stumbling block in land reform. It was passed in 1986 and has now been amended four times in 1988, 1998, 2004, and now 2019. Although the traces of land resource allocation’s reliance on administration gradually faded out, it is still very obvious. As early as the Third Plenary Session of the 18th Central Committee, the idea of amending the Land Management Law has been clear. For example, the communique from the session reads: “We will allow rural collectively owned profit-oriented construction land to be sold, leased and appraised as shares, on the premise that it conforms to planning and its use is under control, and ensure that it can enter the market with the same rights and at the same prices as state-owned land,” and “We will narrow the scope of land expropriation, regulate the procedures for land appropriation, and improve the rational, regular and multiple security mechanism for farmers whose land is requisitioned.” It also put forward the goal of forming a unified construction land market for both urban and rural areas. If we look back at the published content of the draft amendment with these goals in mind, we will see that there is still a gap in progress. After deliberation and adoption, there is the unavoidable issue of how to adapt to the new reality of the market economy and how to meet the new needs of land reform.

Land management is necessary. However, management does not mean planning, nor does it mean control. So far in land management, planning allocation, index management, administrative examination and approvals are prevalent, and the government monopolizes land auctions, resulting in low agricultural efficiency, land supply shortages in the market, and soaring urban housing prices. As we all know, land is one of the most important factors of production. We cannot imagine a market economy in which land is not freely traded. Establishing a unified urban-rural construction land market is an important part of a unified, open, competitive, and orderly market economy system. This is the premise and principle of the amendment to the Land Management Law. The situation also forces legislators to get rid of the old and bring in the new. After years of urban-rural integration and development, the rural population patterns have undergone tremendous changes. Sticking to the traditional land management model, it is impossible to adapt to the new situation for rural land. In addition, a series of adverse consequences have been brought about by the power-dominated land allocations, even triggering a series of mass incidents. This situation can no longer continue.

To build a unified urban-rural construction land market, it is necessary to set up basic market criteria. The government should first “return to its place.” Under traditional land allocation methods, the government redistributes huge portions of land. Although land financing once provided funds for local construction, it also seriously interfered with the land market and could not adequately reflect supply and demand, causing a coexistence of scarcity and wasted land resources. In order to meet the needs of the public interest, the draft of the second revision stipulates that collective land may be levied according to law when “the government organizes and implements the land needed for development and construction within the scope of urban construction land determined by the general land use plan.” It is also understood that the final version has further limited the development of the approval process. There are still many disputes since land transfers are mixed in with many nonpublic interest factors, even rent-seeking officials. In addition, the planning and utilization of land has been widely criticized for being over-managed. Some scholars have suggested that land use could also be managed with a negative inventory. We believe it is necessary to incorporate the “implementation of equal access to the market and equal rights and prices with state-owned land” for rural collective-owned construction land into the law, as determined at the 18th Party Congress Third Plenum.

Land reform must coordinate the relationship between property rights and land use management, between private rights and public rights in planning and construction. There have been concerns over this for a long time. Some people worry that ruralites will enjoy the land for a while, sell it, and then become homeless, which creates a social problem. Such extreme cases may exist, but the vast majority of farmers are “economic people” after all. If the system is designed reasonably and rural people are given the right amount of autonomy and equality, they will make rational decisions. With the suspected small probability of such events, the potential huge reform dividend of establishing a unified urban and rural construction market gets buried.

A law is always the result of a game balancing multiple interests and different opinions. Establishing a unified construction land market for both urban and rural areas is not an easy task. There are many “hard-to-gnaw bones” in it. We understand the pains of legislators. Nevertheless, the opportunity to amend the law is not easy to find, so revisions should take as large a step as possible. Therefore, legislators and relevant departments need to be alert to the thinking of the planned economy, to conform to and then lead market-oriented reform. The benefits of land reform far outweigh the costs. It is related to the success of the market economy and the integration of urban and rural areas. It therefore matters to the future of China’s economy and society.