Tesla to Raise Prices in China Amid Deepening Trade War 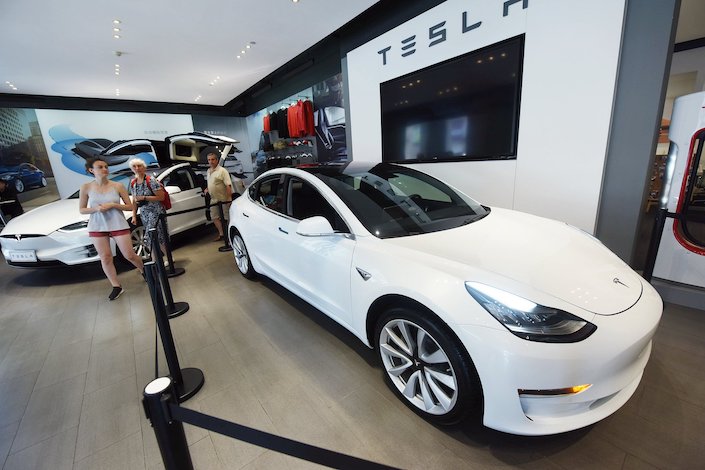 Tesla Inc. will raise vehicle prices in China this week, two people familiar with the matter said, a reaction to the trade war that weighs on the country’s currency and threatens to once again lead to higher import tariffs.

Price increases that were originally planned for September will now take place Aug. 30, a sales representative and another Tesla employee said, asking not to be named as the increase hasn’t been announced. A spokesperson for the U.S.-based electric-car maker declined to comment.

Tesla is among automakers most affected by the U.S.-China trade tensions because it has no local production yet and gets directly hit by increases in tariffs. China threatened last week to raise duties on U.S.-made cars as high as 50% in retaliation for President Donald Trump’s latest planned levies on Chinese goods.

A decline in the yuan, meanwhile, reduces the value of earnings that Tesla brings back from China and converts to dollars. The Chinese currency fell to an 11-year low Monday against the dollar.

Tesla is building a factory in China, an increasingly important market for the loss-making company as incentives for electric vehicles in the U.S. wane. Tesla plans to start producing cars at the plant near Shanghai, Tesla’s first outside the U.S., by the end of 2019.

Currently, the company imports its Model S, Model X and Model 3 vehicles from the U.S. In a key step toward starting local production, Tesla agreed to buy batteries from South Korea’s LG Chem Ltd. for vehicles produced at the new China plant, people familiar with the matter said.

While Tesla has a strong following in China, local rivals have a head start thanks to significant support for the sector from Beijing. Imported vehicles are made costlier by tariffs, while locally built EVs enjoy government incentives.