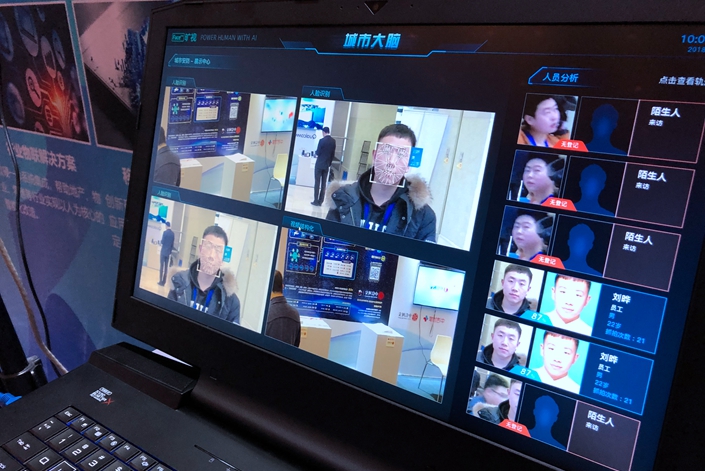 Controversial artificial intelligence (AI) specialist and IPO candidate Megvii is finding itself at the center of yet another debate, this time on how its products may infringe on students’ privacy.

This time the buzz is coming from chatter over a photo that went viral online, taken from an event where Megvii’s software was hard at work monitoring and analyzing teenage students’ class behaviors. The product can analyze all kinds of behavior, from the more obvious like how often someone raises their hand, to more subtle behaviors like how often the student pays attention to the teacher by detecting body and facial movements.

The post triggered concern and criticism from netizens who said Megvii was jeopardizing students’ privacy and their right to explore campus life in their own way.

“If someone wants to control, kill, or take away hundreds of millions of teens’ feelings, the company —no matter how advanced its technology — will never be acknowledged by history,” author and film blogger Chu Hanchen said on China’s Twitter-like Weibo. Chu’s comments were later reposted by Zhishi Fenzhi, also known as Intellectuals, China’s leading media platform for popular science articles and scholars’ opinions.

Megvii responded on its official Weibo account by saying the viral photo was one product demonstration, without directly responding to the concerns. It also asserted that its education sector products aim to provide campus safety. Megvii used a Weibo setting that doesn’t allow for user comments, shutting off any additional discussion on the matter.

Megvii, an 8-year-old Beijing-based AI firm, is well-known for its widely used facial recognition system Face++. The company had 339 corporate clients from 112 cities in China at the end of June. It came under the spotlight last week when it filed for a Hong Kong IPO, as it cited risks that could lead to sanctions like those now being meted out by Washington against tech giant Huawei.

Related: Risks Mount for Chinese AI Firm as It Heads for IPO