Risks Mount for Chinese AI Firm as It Heads for IPO

By Isabelle Li and Ye Zhanqi 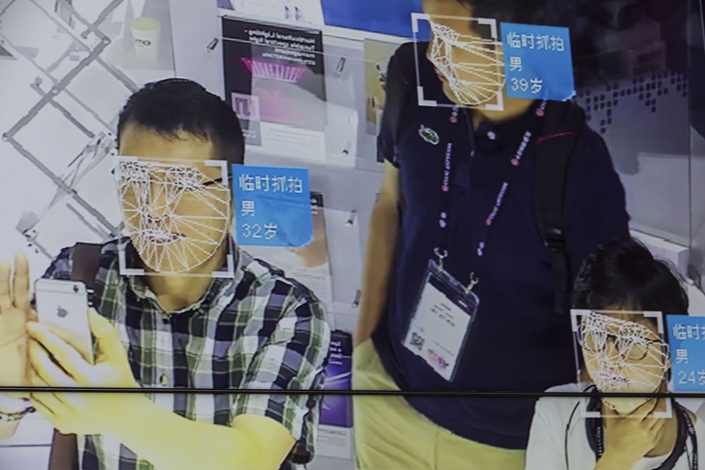 *Megvii, the first Chinese AI firm likely to go public overseas, will face difficulties related to its relationship with the Chinese government and the possibility of a U.S. blacklisting

*An analyst said it is hard for him to understand why Megvii would pursue a listing in Hong Kong, as it is likely to face a hostile reception at a time when political concerns have a lot of sway over investor decisions

(Beijing) — The first Chinese artificial intelligence (AI) company likely to go public overseas faces significant risks thanks to a combination of factors including its murky relationship with China’s security apparatus, the possibility of a U.S. blacklisting, and ongoing turbulence in Hong Kong’s financial market, analysts say.

Megvii Technology Ltd., an 8-year-old Beijing-based AI firm that developed the widely used facial recognition system Face++, has filed for an initial public offering in Hong Kong, according to a prospectus released Sunday night. Its IPO will likely test the waters for its AI startup competitors and could indicate how capital markets outside China will view their business model.

Investors have also widely speculated facial recognition firms in China such as Megvii and its rival SenseTime Group Ltd. may have been involved with China’s public security agencies, which poses a significant risk to its reputation and its chances of growing overseas.

Reports surfaced in May that Megvii was among five Chinese video surveillance firms that U.S. was thinking about blacklisting after it put sanctions on Huawei. Though Washington has not made any official decision, the situation is something of a ticking time bomb. The existing ban on Huawei can also have ripple effects for tech firms such as Megvii, as the startup and the telecom giant are both in the same supply chain.

One Hong Kong-based analyst who declined to be quoted on the record told Caixin that it is hard for him to understand why Megvii would pursue a listing in Hong Kong at this time. The company is likely to face a hostile reception in the overseas financial markets at a time when political concerns have a lot of sway over investor decisions, he said.

The city’s benchmark Hang Seng stock index fell to a seven-month low this month, in the midst of ongoing protests that have lasted nearly three months. Reuters reported last week that China’s biggest e-commerce company, Alibaba Group Holding Ltd., had postponed its Hong Kong listing worth up to $15 billion.

Another industry expert told Caixin that Megvii has not been found to have worked directly with the government’s public security bodies. Its clients are usually lower-stream system integrators, who serve as “agents” between technology providers like Megvii and clients that can include government agencies.

Megvii said in its prospectus that 73% of its current revenue comes from AIoT — a combination of AI and the internet of things. And indeed, “smart city” projects, which usually include “smart” public security operation in communities, buildings and factories, are a major area to which facial recognition technology can be applied. The company had 339 corporate clients from 112 cities in China at the end of June.

The company was valued at over $4 billion after a $590 million fundraising round earlier this year. In its prospectus, Megvii did not disclose the amount it wants to raise through its IPO or its timetable for listing.

Besides the fierce competition in the AI industry, “any flaws or misuse of the AI technologies, whether actual or perceived, whether intended or inadvertent, whether committed by us or by other third parties, could have negative impact on our business, reputation and the general acceptance of AI solutions by the society,” the prospectus said.

IPO applications for the Hong Kong Stock Exchange usually take three months to process, so the listing is expected to occur in the fourth quarter of the year.

Megvii’s business has grown rapidly in the past three years. Revenue more than tripled in the first half of 2019 from the same period a year earlier, reaching 949 million yuan ($136.7 million), according to its prospectus. Operating losses have also narrowed, falling to 115.36 million yuan in the first half.

The prospectus said the widening total losses on its books are the result of continued investment in research and development among other reasons.

Founded by three graduates from Tsinghua University’s elite computer science program, the company now has about 2,349 employees, with researchers and software developers accounting for at least 60% of its workforce. Research and development (R&D) is its largest current operating cost. In the first six months of 2019, Megvii’s R&D expenses doubled to around 470 million yuan, almost half of its current revenue.

Megvii’s three co-founders own a combined 16.8% of the company, but they control the majority voting power through a dual-class share structure, which it is expected to maintain after the listing.