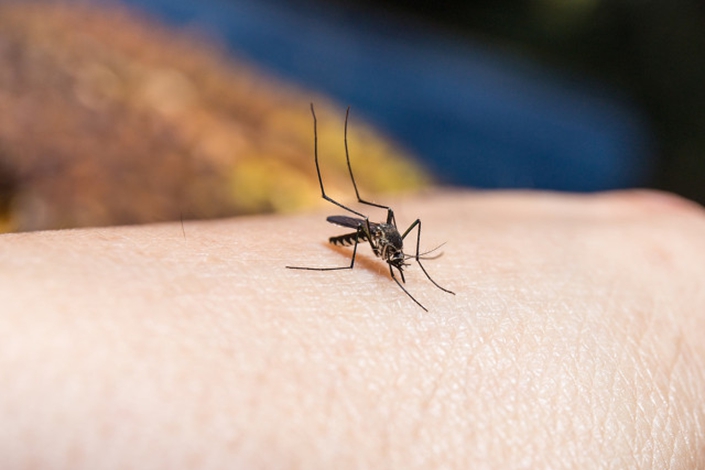 A doctor in the city of Zhangshu estimated that since Aug. 22, between 50 and 70 new patients had checked into the hospital each day fearing they had contracted the mosquito-borne virus that causes dengue fever. Photo: IC Photo

In a statement, authorities said they had launched an emergency response and linked the outbreak to tourists returning from Southeast Asia.

The statement on Thursday came after Caixin this week revealed health services in Zhangshu city had been scrambling to deal with the outbreak, setting up hospital beds in hallways in order to treat hundreds of patients who had contracted the mosquito-borne tropical disease.

Local authorities said there had been no serious cases or deaths in either city.

Dengue produces flu-like symptoms including fever, severe headaches, muscle and joint pain and rashes. If untreated it can cause serious health issues and in rare cases, death.

Health officials said the virus was spread by tourists returning from Southeast Asia. Zhangshu residents interviewed by Caixin pointed to a new direct flight route between the provincial capital of Nanchang and the coastal Cambodian city of Sihanoukville, which launched on June 12. Cambodia records around 14,000 dengue cases each year according to the World Health Organization.

Dengue is spread by a bite from an Asian tiger mosquito. In rare cases infected mosquitos have been known to stow away on commercial flights, but it is more common for infected human passengers to spread the virus, which is then transmitted to mosquitoes that bite them and on to healthy people.

Caixin revealed this week that Zhangshu had launched an emergency response on Aug. 22 and had designated four hospitals to manage the outbreak.

A doctor at Qingjiang Hospital — one of those so designated — told Caixin the facility had already become overcrowded and beds were now being placed in hallways, where staff were hanging mosquito nets. He asked to remain anonymous because he was not authorized to speak publicly.

The doctor estimated that since Aug. 22, between 50 and 70 new patients had checked into the hospital each day fearing they had contracted the virus, and staff had been working overtime to manage them.

Until recently, dengue fever was thought to be vanishingly rare in Jiangxi. The first cases were only recorded in 2017.

One Zhangshu resident told Caixin her daughter was unable to start the school term on Sept. 2 after she fell ill. Her husband is also infected. A teacher at an elementary school confirmed students in his class had been diagnosed with dengue but said school had not been suspended.

An eyewitness at the Zhangshu Traditional Chinese Medicine Hospital described in influx of dengue patients. “Mosquito nets have been installed in every ward of the hospital and pesticides are being sprayed each day,” the witness said.

Wang Shumei, deputy director of the Nanchang City No. 9 Hospital’s first infectious disease unit, told the Jiangnan Metropolitan Daily that 11 dengue fever patients had been admitted to his hospital between May and June, and all had visited Cambodia.

A Zhangshu resident told Caixin about 20 people from an area of the city where extensive demolition work had occurred developed symptoms. The work is said to have created ideal conditions for the tiger mosquito, which prefers to lay its eggs in water-filled containers and tends not to travel more than half a mile from its breeding site.

mosquito population and deal with epidemic. These have included a public campaign to encourage residents to turn over pots, clearing stagnant water, and organizing villagers to clean up the local environment.

The Jiangxi health commission’s announcement gave similar action points for local residents, including suggestions for residents to avoid getting bitten by mosquitos.

One day before the announcement, the local publicity bureau had told Caixin that the outbreak was concentrated in Zhangshu.