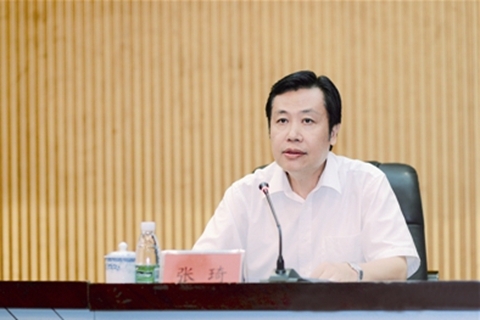 A top official of China’s southernmost island province Hainan became the latest target of China’s sweeping anti-corruption campaign, which has brought down thousands of officials at all levels.

Zhang Qi, a member of the Standing Committee of the Hainan Provincial Committee of the Communist Party and the party chief of Haikou city, was placed under investigation for “suspected serious violations of disciplinary rules and laws,” the country’s top graft buster said in a statement (link in Chinese) late Friday.

The Central Commission for Discipline Inspection didn’t provide any details of the probe, but the phrase often refers to corruption.

Zhang, 58, is the first senior official who has fallen under investigation in Hainan since the party’s 19th National Congress in late 2017 and the fourth incumbent provincial-level official being probed since then.

There was little sign of Zhang’s fall. He was last seen in public Thursday, attending a provincial conference in Haikou, the provincial capital, according to local government-backed newspaper Hainan Daily.

Zhang, an Anhui native, was among a massive group of young officials and professionals who flooded to Hainan shortly after the remote island, formerly an administrative region of Guangdong Province, became a new province in 1988. Before moving to Hainan, Zhang was a deputy general manager of a company affiliated with the former Ministry of Coal Industry.

Zhang became the director of the industry and commerce department of Hainan’s agricultural development zone in 1991 and has since climbed the ladder of Hainan’s officialdom.

He has taken senior posts including deputy director of the Hainan Administration Bureau for Industry and Commerce, vice mayor of Sanya, director of the provincial tourism bureau and mayor of Danzhou city in northwest Hainan.

In September 2014, Zhang was promoted to member of the Standing Committee of the Hainan Provincial party committee, the top decision-making body of the province. Two years later, he became the party secretary of Haikou.

Since the corruption crackdown was initiated by President Xi Jinping in late 2012, four provincial-level officials in Hainan have become the targets of graft busters, including former deputy governors Ji Wenlin and Tan Li, and former deputy chief of the provincial legislative body Zhang Lifu. Ji was sentenced to 12 years imprisonment in 2016 for taking bribes, and Tan was jailed for life. Zhang Lifu was expelled from the party and demoted.