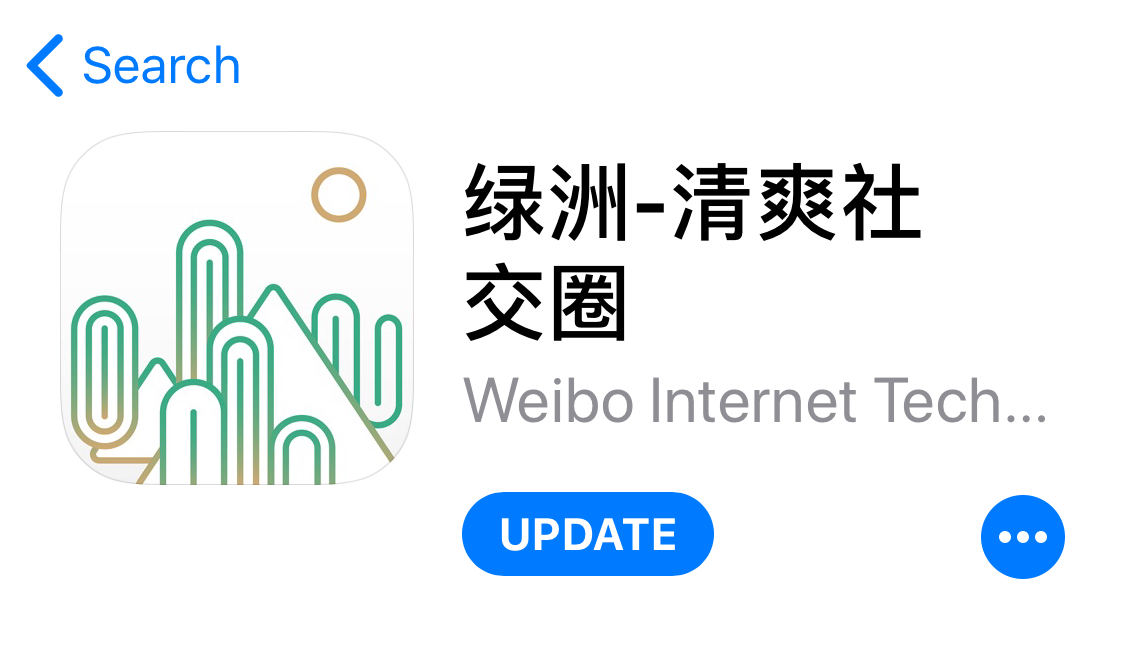 Microblogging site Weibo’s Instagram-like app Oasis, which was taken offline last week amid allegations that its logo was plagiarized, has returned to Apple’s App Store with a new design seemingly featuring only a few minor design changes.

The original logo, which consisted of a stylized golden sun shining over tree-like curved green lines, was criticized for its striking similarity to an image created by Seoul-based studio fnt for a 2015 film festival and prompted Oasis’ removal from the App Store last week. On Wednesday, Oasis posted a statement to its official Weibo account apologizing for the similarities to fnt’s logo, admitting that its designers had taken “inspiration” from the latter company’s insignia, and promising to reach out to “related parties” and “seek solutions to copyright issues.”


The statement did not say whether Oasis was treating the incident as plagiarism. On Thursday, an unnamed fnt staffer told Reuters that Weibo had apologized to the company via email and launched an internal investigation. Weibo declined to reveal to Caixin whether Oasis had obtained permission from fnf prior to relaunching the app.

Weibo declined to comment on whether Oasis had communicated with fnt and received copyright permission including having any image use deals before re-launching the app.

Oasis, which allows users to upload, comment on, and share photos, is still in the testing phase. But it has already garnered huge attention due to Weibo’s massive user base and the fact that many Chinese-developed alternatives to inaccessible Western social media apps — in this case, Instagram — often become extremely popular.