Opinion: To the West, China Has Become a Dark Stranger

By David Mahon and Charlie Gao 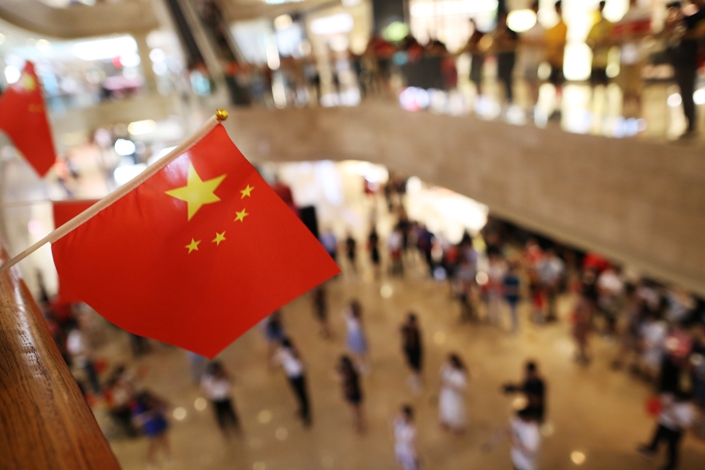 The West perceived China for decades as a positive economic force globally, but now many Western politicians are casting China as a regional hegemon and threat to the economies of its trading partners. This is not just the result of the xenophobia emanating from the White House, but also widespread economic insecurity in the developed world which is giving rise to populism within many democracies. Populist leaders need scapegoats, from within the nation and outside it.

China has become a useful scapegoat in the West, for it is known without being understood, with a sheer scale which makes it appear formidable. China is consistently, often derisively, referred to in Western media as a coercive, unstable economy that may spread economic ills. To the West, China has become a dark stranger.

For Western companies, China was relatively easy to define for decades: a poor nation, weakened by years of political instability, struggling to revive its economy and restore its national identity through risky economic reforms. Western businesspeople and commentators often derived a sense of self-importance when interacting with Chinese counterparts, seeing themselves as key to the re-emergence of the country. Some foreigners have played useful roles in China’s economic development, but most are not significant in the wider phenomena of modern China’s rise.

Modern China is a story of the power of collective aspiration, which has resulted in the alleviation of extreme poverty and the creation of a degree of common wealth in a largely stable society. China’s stability is inherent to the society rather than imposed from above.

As China has become stronger, many who once professed love for the country and culture have drawn away from it, finding it hard to relate without the justification of their sense of superiority. This is common in the foreign business sector.

When business endeavours fail in China, those involved almost always blame the market or their local partners, to the exclusion of their own misjudgements. History may be written by the victors, but the history of foreign business endeavours in China is often written by those who don’t succeed. Many more reports of business failures in China appear in the Western media each year than success stories. This is partly due to the fact that bad news sells, as does pandering to public fear of the foreign and unknown, of which China is both.

Within the foreign business community in China, a division appears to have formed between those who think that the White House’s unpredictable escalation of the trade war — while at times excessive — is essentially warranted, and those who see the whole process as counterproductive. Many foreign businesspeople seem to have forgotten that while China has never been an easy country in which to do business, there have been many notable and enduring successes. To ignore the successes and fixate on the failures is to create the backstory needed to argue, as many in the West now do, that China’s economic rise has not been of global benefit.

Ikea has 27 stores in China, each covering tens of thousands of square metres, and has become an integral part of Chinese retail. Ikea’s online platform now reaches 227 cities. Starbucks has 3,300 stores in 141 cities, employs 45,000 people and opens new outlets every week. General Electric (GE) has a long history in China, having adapted to become a largely local Chinese industrial corporation while retaining the kudos of a multinational. It employs 22,000 people, with 64 ventures in more than 40 Chinese cities. GE is a significant participant in the Belt and Road Initiative, working with its Chinese partners to build power plants in countries such as Nigeria, Zimbabwe and Zambia.

There are also many smaller foreign manufacturing investments in China that have been successful. In third and fourth-tier cities, enquiries into whether there are foreign investments locally often unearths long-standing partnerships based on trust and shared success.

When Western companies approach China with a sense of pride and superiority, they invariably fail. When asked if he had managed to employ a good local manager to lead a restructuring project in China, the manager of a large international food company told the author, “We couldn’t possibly risk leaving that to one of ‘them!’” Two years later, despite being in a dynamic growth sector, the business was unable to compete and faced bankruptcy, while similar foreign companies that had localised their management thrived.

Foreign companies that succeed in China share common factors: understanding customers’ needs and adapting their products and services to meet them; operating as a Chinese company by localising management; avoiding the view of China as simply a cheap place to do business; and paying local staff well, while empowering them.

Living in the past

Just as Western businesspeople need to find a balance between pride in their own commercial and legal systems and an appreciation of the challenges and pressures on Chinese partners and customers, Chinese companies need to be careful of relying on a sense of historical victimhood that often distorts their relationships with foreign counterparts. A wish to avenge past injustices can be a powerful motivating force in a society, but with unwelcome consequences. The recent breakdown in economic and political relations between South Korea and Japan shows how such sentiments, when left unchecked, can needlessly damage the most developed economies.

As the colonial history of the last 200 years is reassessed by the formerly colonised, it is now understood that the human suffering and economic and social degradation were even greater than previously known. India is going through a particularly dynamic phase of revaluating the history of British rule in a series of books and television programmes. India’s strength in this process is its lack of bitterness. It can condemn the past while working confidently in the present, as exemplified by the strong economic ties between Britain and India, with high levels of investment in each other’s economies.

Many in China have also moved beyond the deep resentment that came from its aptly named “century of humiliation,” but chagrin still reappears, especially in the face of external threats. If China can anchor its identity upon its recovered strength and economic power, it will be better able to treat Western slights and disrespect with deserved indifference.

The United States has much to gain by resuming its previous partnership with China, and everything to lose in proxy conflicts of containment. The essential decency of America’s ordinary people and its founding principles would be better served by a leadership that sought common ground over conflict, rather than the monetarist manoeuvrings and foreign scapegoating currently preferred by U.S. political elites.

China’s continued rise and improvement, if paired with more open and sanguine interaction with the world, would help it to become more tangible to ordinary people within Western nations. The insight that is needed is that households in the West and China all share similar hopes and anxieties. If China must remain a stranger, at least let it be a familiar stranger.

David Mahon is executive chairman and Charlie Gao is a partner at asset management and corporate advisory firm Mahon China.