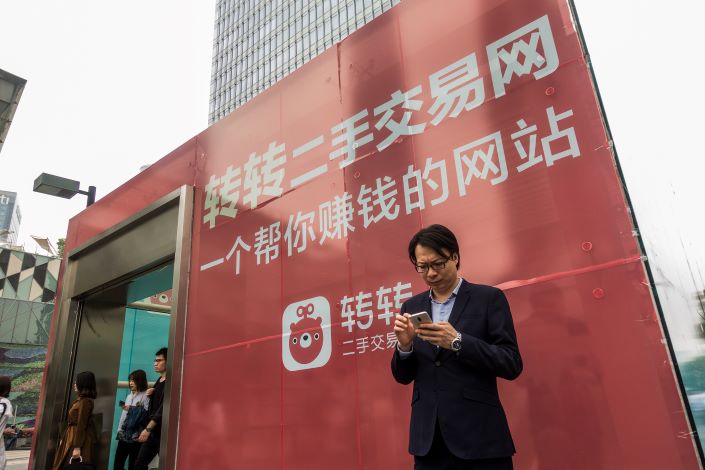 Several investors, including Chinese internet behemoth Tencent, have agreed to put up the funding, 58.com said. Tencent previously committed to pouring $200 million into Zhuanzhuan during the latter’s Series A funding in April 2017.

58.com said it will remain Zhuanzhuan’s controlling entity after the new financing is over. The transaction is slated for completion in the fourth quarter of this year.

It is unclear how Zhuanzhuan plans to use the capital.

Zhuanzhuan CEO Huang Wei struck a downbeat note in an open letter widely circulated on the Chinese internet Wednesday, saying he hoped the cash injection would help the company “survive” a challenging business cycle and intense competition. In 2017, Huang responded with excitement and optimism to Zhuanzhuan’s Series A funding.

Related: JD Gets Used to Resale Failure With Shutdown of Secondhand Trading Site