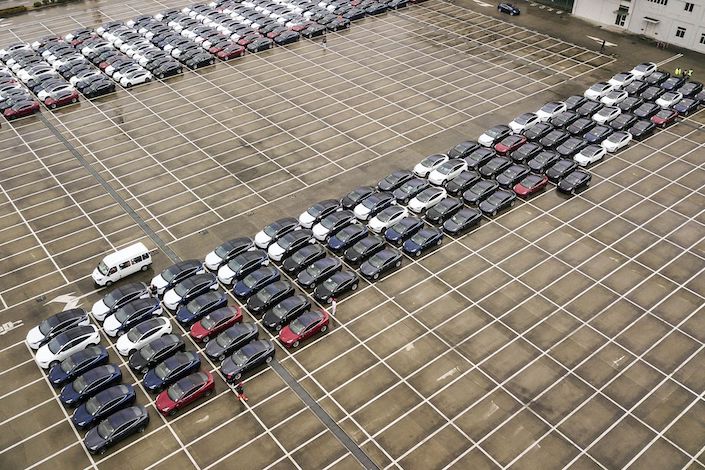 Chinese electric-car sales fell for a second straight month after the government scaled back subsidies, the latest sign that one of the final pillars of strength in the world’s largest automobile market is crumbling.

Sales of new-energy vehicles — all-electric, fuel-celled autos and plug-in hybrids — declined 16% from a year earlier to 85,000 units in August, the China Association of Automobile Manufacturers said Wednesday. That followed a 4.7% drop in July.

The figures add pressure on Beijing to introduce relief measures to support a burgeoning industry that’s still heavily reliant on state support. China has gradually scaled back subsidies for new-energy vehicles since 2017 to help the industry stand on its own and avoid a bubble. That’s undermined growth, prompting top Chinese electric-car maker BYD Co. to warn that earnings will wane.

China considers electric vehicles to be a strategically important industry and is mulling a target for 60% of all automobiles sold in the country to run on electric motors by 2035, people familiar with the matter have said. With around 500 aspiring electric-vehicle makers nationwide, authorities are trying to raise the bar for entry. The Ministry of Industry and Information Technology issued a draft rule Wednesday on thresholds for applying to set up carmaker groups, including having at least 6 billion yuan ($843 million) in capital.

China accounts for about half of the world’s electric-vehicle sales, so any weakness is likely to ripple beyond its shores. In July, global EV sales fell for the first time on record because of China, according to Sanford C. Bernstein.

Separately, CAAM said passenger vehicle deliveries to dealers fell 7.7% from a year earlier to 1.65 million units, a 14th consecutive month of declines. The downward trend was in line with readings released by the China Passenger Car Association on Monday.

Chinese automobile sales have been in a prolonged slump amid a slowing economy that’s being pressured further by the trade war with the U.S.

“China is basically a healthy market, but because of the trade war, the car market is basically in a recession,” Volkswagen AG Chief Executive Officer Herbert Diess said in an interview with Bloomberg TV at the Frankfurt Auto Show this week. “So that’s a new situation. That’s scary for us.”