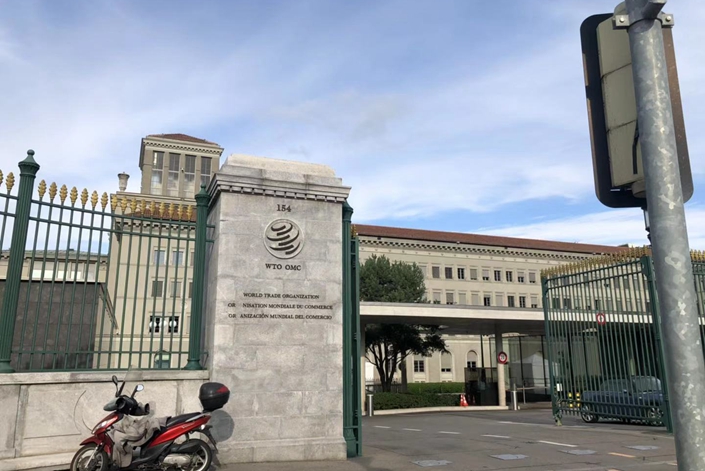 In recent years, China’s lead role in establishing new multilateral institutions — including the Shanghai Cooperation Organization, the Asian Infrastructure Investment Bank (AIIB), and the New Development Bank — has raised fears that the government aims to topple the existing world order. This interpretation misses a crucial point: China has benefited immensely from and continues to participate actively in — and even ardently defend — that very order.

China had no say in the formulation of today’s prevailing multilateral rules and structures, but it has generally adhered to them. To gain entry to the World Trade Organization (WTO) in December 2001, for example, China acceded to a multitude of rules and eased or eliminated more than 7,000 tariffs, quotas and other trade barriers.

The sacrifice was worth it. Membership in the WTO not only protected China’s interests in international trade relations; it also created commercial opportunities and new markets, and helped raise standards of living significantly for hundreds of millions of people. Without the rules-based global trade system, China would not have become the superpower it is today.

The government is well aware of this. That is why it participated in negotiations to protect the WTO Appellate Body, following U.S. President Donald Trump’s administration’s insistence on blocking the appointment of appeals judges. (Trump claims that the body’s dispute-settlement mechanism places the United States at a disadvantage, even though its record is better than most other countries that have used the mechanism.)

China’s economic rise raised the need for cooperation in many other areas, including energy. The energy sector was unprepared for the boom that followed WTO accession in the early 2000s, so there were too few power stations to meet the increase in demand from new factories. Many companies were forced to operate their own generators fueled by imported diesel, which contributed to rising global oil prices.

China’s newfound influence in global energy markets attracted the attention of the International Energy Agency, which emerged after the 1973 oil crisis to prevent supply disruptions. The IEA, created by the industrialized countries under the auspices of the OECD, didn’t actually have influence over China, which is not an OECD member. But, recognizing the importance of stable global energy markets, China began to communicate regularly with the Paris-based organization.

In 2015, just a couple of months after IEA Executive Director Fatih Birol visited China on his first official trip, the country became one of the first to activate “association” status with the Agency, in order to facilitate deeper cooperation. The next year, the IEA appointed a Chinese energy official as a special adviser to Birol.

As China’s energy use expanded, so did its carbon footprint — and its role in global climate governance. China had already signed on to the 1992 Rio Conventions on biodiversity, desertification and climate change, and the 1997 Kyoto Protocol, which set binding emissions-reduction targets. But it stepped up its climate leadership in 2014, collaborating with U.S. President Barack Obama’s administration to produce a joint statement on climate change.

That statement by the world’s two largest economies gave much-needed impetus to the negotiations that culminated in the 2015 Paris climate agreement. When Trump announced his intention to withdraw the U.S. from the agreement, Chinese President Xi Jinping vowed to protect it. Today, China is one of the few major economies on track to meet its emissions-reduction targets.

Yet, even as China has established itself as a rising global power and enthusiastic defender of multilateralism, existing institutions have often failed to give it its due. At the International Monetary Fund (IMF), for example, reforms aimed at ensuring that quotas and voting power better reflected the growing influence of emerging economies like China were approved in 2010, but went into effect only in 2016. And they still aren’t enough.

In China’s view, failure to adjust to the growing clout of emerging and developing economies undermines international institutions’ legitimacy. To level the playing field, in 2014 it launched the AIIB, a multilateral lender where China holds much more sway than it does at the IMF or the World Bank.

But even that move was not about abandoning, let alone upending, the global order. The AIIB’s management and governance systems closely mirror those of existing institutions, as do its investment policies. That is not surprising, given that many of its senior officials have held high-level positions at other development banks, including the World Bank. In some areas, such as coal, the AIIB’s rules are even more stringent.

Moreover, far from antagonizing existing multilateral institutions, the AIIB has cooperated with them. In 2016, the World Bank and the AIIB signed a co-financing framework agreement for investment projects; a year later, they signed a memorandum of understanding to strengthen cooperation and knowledge-sharing. The IMF has also expressed its willingness to collaborate with the AIIB.

This is not to say that China will never challenge multilateral rules or structures. On the contrary, when it comes to China’s “core interests” — in other words, territorial integrity — its leaders have proved unyielding. Nowhere was this more apparent than in China’s rejection of a 2016 ruling by the Permanent Court of Arbitration in The Hague, which denied the country’s legal basis for claiming historic rights to the South China Sea.

But such instances are the exception, not the rule. After all, even the U.S. has ignored an international court’s verdict. In 1986, the Hague-based International Court of Justice ruled that the U.S. had broken international law and violated Nicaragua’s sovereignty by aiding the anti-government Contra rebels. The U.S. rejected the verdict, declaring that it would disregard any further proceedings.

As Ambassador He Yafei, China’s former deputy foreign minister, wrote in 2017, China has “neither desire nor interest in ‘turning the tables’ on the existing global governance system.” Ultimately, participating in that system is in China’s interest — and its leaders know it.

This article is part of a joint initiative of the Körber-Stiftung and the Munich Security Conference on the future of multilateralism, multilateral best practices and regional perspectives on multilateral cooperation. Starting Thursday, the full project will be available for download at www.munich-young-leaders.org.

Xizhou Zhou is a managing director of IHS Markit and heads the firm’s global power and renewables practice.