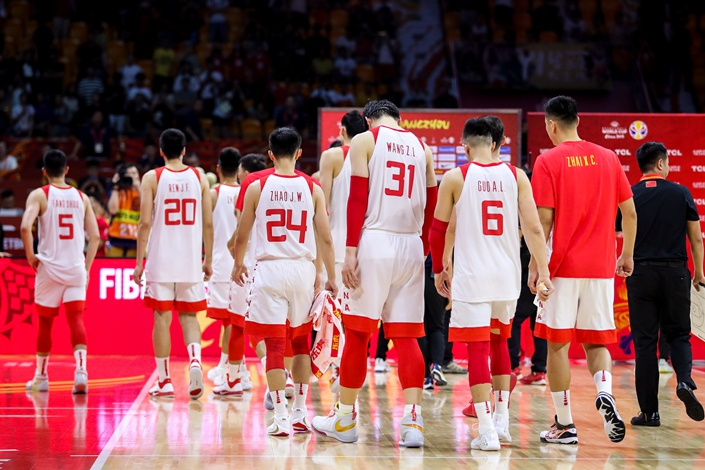 At the 2019 Basketball World Cup, the Chinese men’s basketball team — despite having the advantage of playing at home — finished with no chance of making it straight to the 2020 Tokyo Olympic Games. There will be Olympic qualifications next year, but the Chinese men’s basketball team is likely to miss the Olympics for the first time in 36 years. It’s painful for the fans. Individuals have pointed to the market-oriented reforms of the China Basketball Association (CBA) in recent years. They believe that the over-commercialization and excessive enthusiasm for the CBA has degraded the quality of the players. This is completely the wrong cause.

In recent years, China’s sports industry has gradually become more market-oriented. This has helped to develop the industry and stimulate the economy. More importantly, it allows for sports to return to the values of fitness, entertainment, and challenging oneself. Sport authorities and even the public should treat the results of sporting events as an ordinary event and avoid the excesses of “championism.” We should also avoid the idea of reviving the old national system.

China’s sports industry has long pursued a nationwide system. The so-called national system, which is a system that gets the help of the highly valued and effective organization from the state, concentrates human, financial, and material resources and allocates national competitive sports resources by administrative means. It aims to obtain more medals — mainly more gold medals — in all kinds of major competitions, especially the Olympic Games. It is a planned economy system in the field of sports. It has not been substantially touched in the era of reform and opening-up, but it has been greatly strengthened with the improvement of China’s economic strength. It is true that the national system will still have “moments of glory,” but its drawbacks are increasingly exposed, such as the excessive occupation of national resources, the difficulty for athletes to find a road out, the emphasis on competitive sports and the relatively low level of development for mass sports. The cost and income earned are totally out of proportion and it is not sustainable. After the 2008 Beijing Olympic Games, this system, which lags far behind China’s overall economic and social reform process, has been weakened. However, there are still officials who cling to old ideas or vested interests to try and make them immortal.

The reform trend can be blocked for a time but is ultimately irreversible. In recent years, China’s sports market orientation has gradually become a social consensus. In 2017, Yao Ming assumed the chairmanship of the CBA. He has promoted the development and marketization of basketball, improving the professionalism of the sport. He oversaw the transition from the Chinese Basketball Management Center to the Chinese Basketball Association. He has seen certain results in separating management from local governments, reform of CBA league games, and the development of youth basketball. The improvements in technical level and intensity, the increase of the say of clubs and business entities, and the increase in commercial value are sufficient to prove that professional basketball is moving in the right direction.

Of course, the Chinese men’s basketball team has not improved significantly, but the reasons for this are complex. Intergenerational replacement of athletes, guidance of coaches, player quality, and even psychological and physical conditions have all had an impact. The improvement in pay at the league level has been helpful in improving the national team, but the relationship between them is not linear. The failure of the national team does not prove that market reforms of professional league matches was a mistake — just that the reforms have only just begun. In time, the effect will be clear. After the match in Guangzhou, Yao Ming said he would take responsibility for the men’s basketball team’s defeat. How he will do so is unknown, but we sincerely hope that reform will not stagnate or regress.

In June, the National Development and Reform Commission with 10 other government ministries issued opinions on implementing the decoupling of trade associations and chambers of commerce from administrative organs. The decoupling process also applies to sports associations. On Sept. 2, the State Council published the “Outline for Building a Leading Sports Nation,” which includes developing competitive sports by combining the national system with market mechanisms. According to the document, the role of the national system will be greatly diluted. China’s competitive sports must transition with a market-oriented direction.

In sports competitions, everyone hopes to win. However, the desire for championships in the national system is the biggest obstacle to the development of Chinese sports. Excessive emphasis on athletic performance comes at the expense of other things, because observable indicators such as gold medals are the strongest incentive for sports officials to promote, just like the economic “GDP Championships.” Just as China’s economy must move toward high-quality development, China’s sports must bid farewell to the national system. This inevitably brings pain and discomfort, but it is the only way for China’s sports industry to move toward healthy and sustainable development. When the domestic sports industry develops, the mass base will expand, and the performance in competitive sports will improve naturally. Some people take the example of Chinese soccer to criticize the problems of marketization. In fact, in the past there were serious problems with management, various forms of corruption and power rent-seeking and bribing referees. What kind of marketization is this?

For domestic sports, marketization is the general trend. The next step is to actively develop the sports industry, strengthen fan bases, cultivate the sports market, open up competitive sports, provide entrances and outlets for professional athletes, promote market-oriented professional sports, which will in turn improve the standard of competitive sports in China. At the same time, we must continue to promote the genuine decoupling of sports associations from government departments, promote the development of professional leagues, improve the operation mechanisms of professional leagues, and allow for the main role of clubs in the market. We must also pay attention to youth training, strengthen the training of reserve talent, and give full play to amateur competitions and school sports. The role of education is to open up channels for selecting talent. Therefore, we need to break through the existing system and mechanisms, introduce social capital, integrate and open all kinds of sports resources, and reshape sports culture so that sports can truly reach a new standard.

At the Third Plenary Session of the 18th Central Committee of the Communist Party of China in 2013, it was clearly pointed out that the market should play a decisive role in the allocation of resources. If the market can’t play a decisive role in sports, how can we expect it to play a role in other areas? At the end of the Basketball World Cup, the Chinese men’s basketball team faces a new global qualifying competition. At this low point, only by putting aside miscellaneous ideas and initiative reforms can Chinese sports harvest the joy of success in the future. With the rapid development of global sports, China’s sports have little time for hesitation. Market reform must speed up.