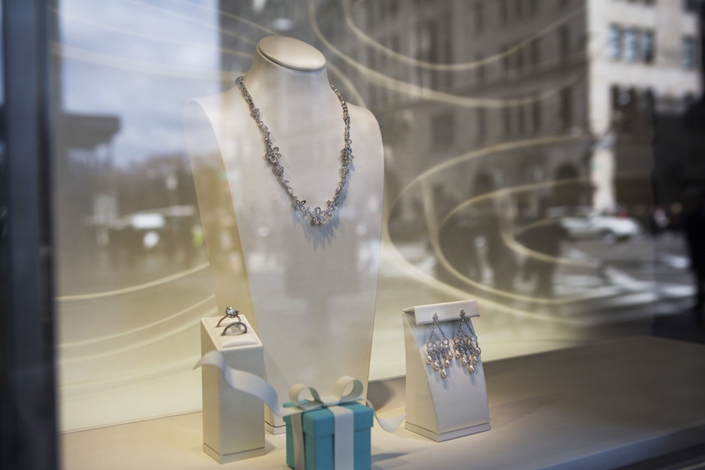 (Bloomberg) — Tiffany & Co. is planning to open more stores on the Chinese mainland as the weak yuan deters Chinese consumers from spending overseas and they shift their luxury buying back home.

Currency fluctuations have had “an influence on the intention of Chinese to buy abroad,” CEO Alessandro Bogliogo said in an interview with Bloomberg Television in Shanghai on Thursday. “Conversely, we have seen a big increase in sales in mainland China.”

The luxury jeweler plans to open more stores on the mainland, Bogliolo said, including one in the Beijing airport in a few weeks. Tiffany plans to make its Shanghai flagship store its most important outlet worldwide after its iconic New York City location, he said. Tiffany also has a store in Hong Kong, where business has been disrupted by ongoing street protests.

Sectors ranging from tourism to luxury goods that relied heavily on Chinese spending abroad are slumping as the yuan depreciates and the ongoing U.S.-China trade war weighs on consumer confidence. From quieter beaches in Southeast Asia to shorter lines at luxury goods stores in Paris and New York, the pullback in Chinese tourist spending is being felt across the world and companies are having to find other ways to court the world’s biggest pool of consumers.

Tiffany’s U.S. sales to international travelers fell by more than 25% in the first quarter, even before China’s tourism ministry issued a travel warning in June over visiting the U.S.

To keep prices competitive, the company will also absorb tariffs on its jewelry manufactured in the U.S. and exported to China, rather than pass the increases on to customers, Bogliogo said.

“There is for sure pressure on margin, but consider that it’s only a percentage of our sales,” he said, adding that the company will find internal measures to mitigate the cost increase.