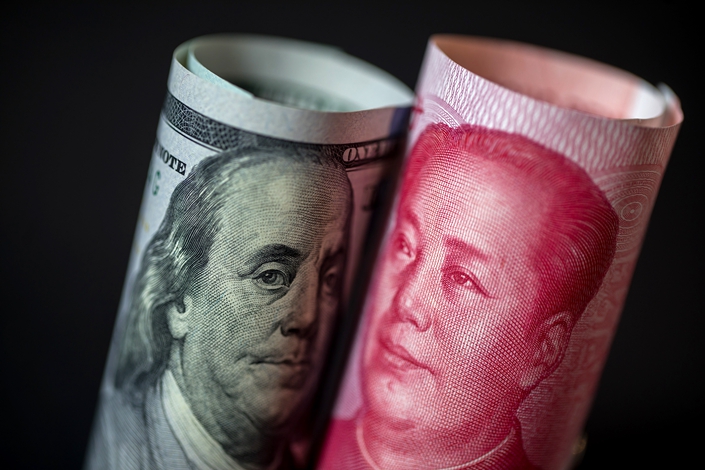 Chinese authorities have sought to promote greater use of the yuan in global settlements in recent years, but the push has slowed. Photo: Bloomberg

China needs a more flexible and convertible yuan to improve investors’ confidence in the currency, a financial think tank said.

The country should simplify management on the yuan exchange rate and loosen capital controls in an orderly way as part of the efforts to improve the currency’s global use, according to a report published by the China Finance 40 Forum in Hangzhou on Sunday.

“Capital will always find various ways to move across the borders” as long as there’s room for arbitrage, researchers from the think tank led by Guo Kai wrote. Guo is also deputy director of the People’s Bank of China’s monetary policy department.

“We have to face this reality” that existing measures can only partly control cross-border flows, and the challenge of capital outflows is not caused by the yuan’s internationalization, he said. China doesn’t necessarily have to adopt a completely clean-floating exchange rate, and it can retain certain capital management, according to the report.

Chinese authorities have sought to promote greater use of the yuan in global settlements in recent years, with efforts peaking in 2016 when the currency was elevated to the International Monetary Fund’s reserve basket. The push has slowed, partly because of a stronger dollar and the lack of convertibility in the yuan.

Payments denominated in the Chinese currency took up 2.22% of total global transactions in August, down from the record 2.79% in 2015, according to data from Swift, an international payments institution.