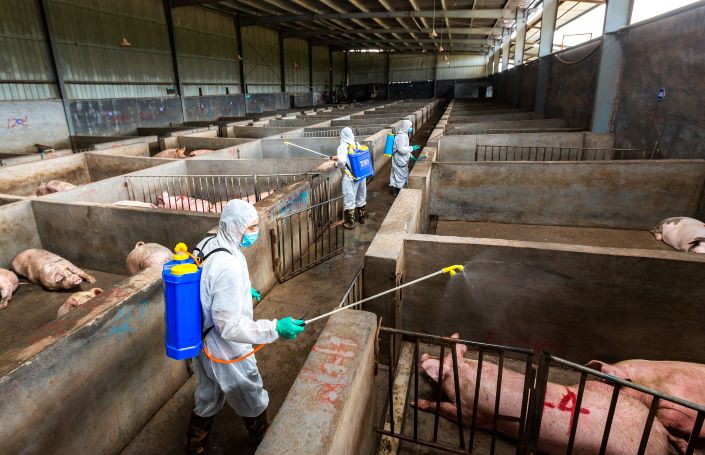 The research, published Friday in the peer-reviewed journal Science, examined resistance trends in low- and middle-income countries where sales of veterinary antibiotics are poorly regulated. It identified a large upwelling of resistance in northeastern China — a major producer of poultry and livestock — and another nascent hotspot in the country’s south.

The study linked rising demand for meat to the increase in antibiotic resistance. Average per capita meat consumption in China has increased nearly fivefold since the early 1980s and is expected to rise by a further 10% by 2026.

But much of that demand is being met by intensive farming, which has driven excessive use of antibiotics that kill off disease-causing germs and help the animals grow faster. Over time, that overuse has led to the rise of disease-resistant superbugs that cannot be eradicated by even the strongest antibiotics, some of which can infect humans.

Policymakers have a “window of opportunity” to transition to sustainable animal-farming practices and rein in growing resistance, the researchers said, suggesting that high-income countries with longer histories of using antibiotics on farms could set up a “global fund to subsidize the improvement of farm-level biosafety and biosecurity.”

The growing threat of common ailments being rendered untreatable by antiobiotics has led some medical experts to call for global action. Earlier this year, one of the U.K.’s most senior government advisors on health matters, Dame Sally Davies, compared the threat of antibiotic resistance to that of climate change and called for the establishment of an intergovernmental body similar to the IPCC to tackle the problem.

The research comes amid a long-running animal-health disaster in China, as African swine fever continues to rip through the country’s pig herd. Up to 200 million pigs in China could die this year from disease or slaughter, fueling a potential 30% fall in pork production, according to Dutch bank Rabobank.

Related: China to Release 10,000 Tons of Pork From Reserves Amid Short Supply