China to Release 10,000 Tons of Pork From Reserves Amid Short Supply 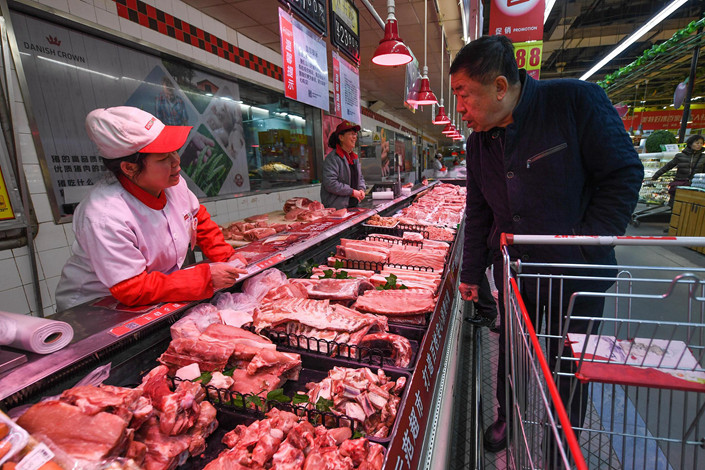 China will release 10,000 metric tons of pork from state reserves this week to cope with a supply shortfall of the staple food ahead of the week-long National Day holiday.

The frozen pork will be auctioned online Thursday afternoon, according to a statement (link in Chinese) published Tuesday by China Merchandise Reserve Management Center, which manages the state pork reserves.

Each company whose business record qualifies it to participate in the bidding is restricted to buying as much as 300 tons of pork, according to the statement.

China is the world’s largest consumer of pork, but a devastating outbreak of African swine fever has wiped out about a third of its hog herds and sent pork prices to record highs.

According to the Ministry of Commerce, the average pork price in 22 major Chinese provinces and cities surged 31.4% during August. That forced Nanning, the capital city of South China’s Guangxi Zhuang autonomous region, to make a rare government-led price intervention by offering subsidies to meat vendors to cut pork prices.

Central government bodies have pledged measures to support pork supplies, such as increased subsidies to boost domestic production and raising purchases from overseas.