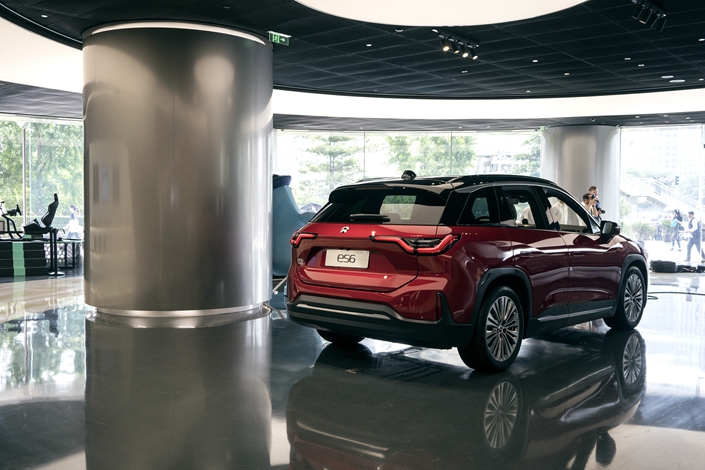 There has been plenty of drama at Nio this week as the besieged carmaker once dubbed “China’s Tesla” abruptly canceled a planned Tuesday teleconference with investors after announcing heavy second-quarter net losses.

On Tuesday, Nio said its net loss during this year’s second quarter totaled 3.3 billion yuan ($462 million). The figure was 25% wider than the previous quarter and worse than a 2.6 billion yuan loss expected by the market. Investors got a further surprise when minutes after the results release, Nio announced it was canceling its regular earnings conference call without specifying a reason. The decision exacerbated investors’ concerns and the company’s New York-listed stock plunged.

The call eventually took place Wednesday before market open with executives emphasizing the company’s competitiveness and actions it would take to boost its position. CEO William Li said during the call that the company had made cumulative losses of 22 billion yuan since its inception four years ago, a figure lower than the $5 billion reported by Bloomberg earlier this week.

Li further explained that the shortfall was partly due to paying preferred stock dividends to some investors, and partly due to an outlay of 10 billion yuan on research and development.

The conference did little to restore investor confidence, with Nio’s stock dropping 5.5% after the call to $2.05. The shares now trade at less than a third of their price from their New York IPO a year ago.

Related: ‘Tesla of China’ Sputters a Year After IPO