‘Tesla of China’ Sputters a Year After IPO 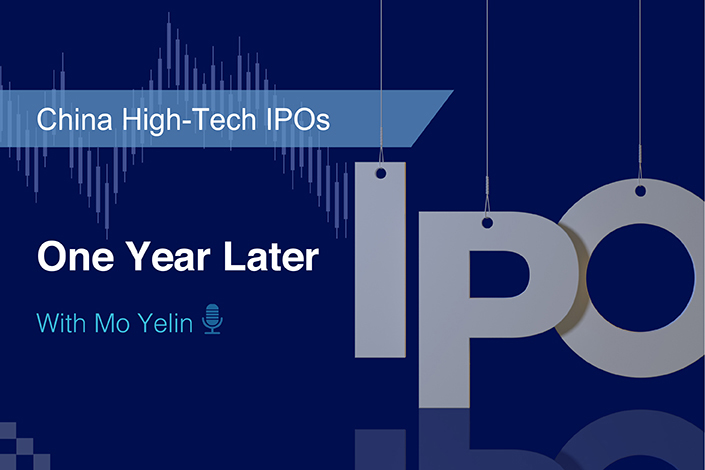 Electric-car startup Nio Inc. was the envy of its class when it powered past hundreds of Chinese peers a year ago to make a New York IPO.

Sometimes called the “Tesla of China,” it achieved the feat just four years after its founding, after an aggressive expansion that included opening a network of offices around the globe. It financed its rapid rise with funds from some of China’s most prominent investors, including internet titan Tencent.

But one year after the listing, the story of China’s Tesla has run out of fuel as it grapples with a steady stream of negative headlines — including fundamental questions about the safety of its cars.

The new reality has sapped Nio’s stock, which now trades around at about half of its listing price of $6.26 last year when its IPO raised a $1 billion in new funding.

As electric-car furor in China wanes with the phasing out of government subsidies, Nio is now scaling back and taking a more measured development approach. The company needs to control costs and focus less on hype and more on developing high-quality, reliable products to ensure its future viability, analysts said.

“To ensure the sustainable development of the company, we must adjust our mindset and planning in a timely way, further control spending … and concentrate resources on our core businesses,” said CEO William Li in an August internal message leaked to media.

In the message, Li also announced that Nio would lay off another 1,200 people, cutting its total staff globally to 7,500 — down from 9,800 early this year.

Nio’s stock begun to crash in March after it slashed its delivery outlook for the first quarter and called off plans to building a factory in Shanghai. Many had been looking forward to such a move since the company now relies on a third-party partner to do its manufacturing.

The coming months saw its shares drop steadily from much as $10 in March and an all-time high of $11.60 last September shortly after its IPO. Investors have been disappointed by the company’s slowness in ramping up car sales, which have actually gone into reverse lately.

In July, it sold just 837 vehicles, nearly 40% less than its average monthly sales of 1,327 vehicles during the first quarter and down nearly 70% from the monthly average in last year’s fourth quarter.

Part of Nio’s sliding sales owe to headwinds in the wider market as Beijing slashes subsidies and the broader car market contracts, analysts said. After outperforming the traditional gas-powered car market for months, new-energy car sales in China began to contract in July and continued to fall in August.

But Nio has also faced company-specific challenges, most notably concerns over the safety of its cars. Four Nio vehicles have caught fire this year, prompting the company to recall 4,803 to fix a battery short circuit problem.

“This amount of recall — which accounted for more than 20% of total vehicles Nio has delivered to date — is a catastrophe for any car startup,” said Sun Muzi, a Beijing-based analyst at auto consultant TurboInsight.

Most of the company’s current deliveries are its seven-seat SUV model called ES8, which was first unveiled at the end of 2017 and began deliveries in June last year. In June this year, Nio started to deliver its second model, called ES6, a five-seat SUV.

The two vehicles, retailing for 456,000 yuan ($64,000) and 358,000 yuan, respectively, are targeted at the premium and luxury market. But that segment is expected to face stiff competition from powerhouse Tesla, which broke ground on a Shanghai factory early this year — its first outside the U.S. — as it holds out big hopes for the China market.

Tesla makes its own vehicles, while Nio’s cars are manufactured by Chinese partner JAC Motors. Such a model, adopted to control costs, is one of the most commonly cited risk factors for Nio’s future development — underlining why investors were so disappointed at the suspension of plans for a Shanghai factory earlier this year.

Like many manufacturing startups that require massive spending to get up to speed, Nio is losing major money. It lost 2.7 billion yuan in this year’s first quarter alone, nearly double its revenue of 1.6 billion yuan for the period. It lost nearly 1o billion yuan in 2018.

In addition to research and development costs, another major source of the loss came from marketing and administration expenses as it tried to get out the word about its new vehicles.

The company was known for its extravagant and fancy showrooms, dubbed “Nio house cafés” in downtown areas of major cities like Beijing and Shanghai. Though it has never publicly disclosed the costs of such shops, it is believed that rents for a Nio house could cost up to 80 million yuan a year, according to analyst Sun.

“This spending strategy is not worth it and needs to be changed,” said Sun, adding that the recent fire accidents may just deepen the impression that the company may be better at marketing than making cars.

Most analysts expect the company’s finances to improve in coming years as it gains traction in the market. Guotai Junan Securities expects the company’s loss to narrow to 2.3 billion yuan in 2021 from a forecast 10.3 billion yuan loss this year, it said in a research note.

In an interview with Bloomberg in June, CEO Li said Nio would make a profit “within a few years.” Commenting on the recent rout in his company’s stock, he urged investors to understand “the long-term investment value” of the company.