By David Kirton and Zheng Lichun 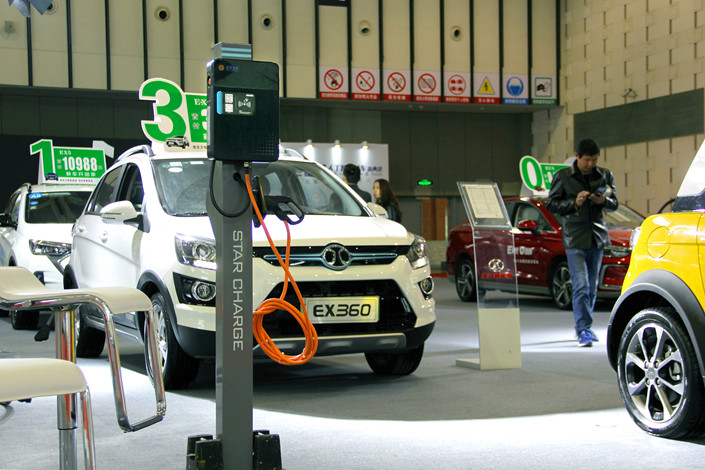 The government has announced the biggest reduction in subsidies for electric-vehicle makers in five years as it prepares to take the training wheels off the industry completely in 2020.

Several government departments led by the Ministry of Finance issued a notice this week stating that the subsidy for electric-battery vehicles with ranges of 400 kilometers (250 miles) and above will be slashed by half to 25,000 yuan ($3,700), down 50% on a year earlier. The cut will take effect in June.

Subsidies will also be reduced for shorter-range vehicles. Vehicles will need to be capable of driving 250 kilometers on a single charge to qualify for any subsidies at all, up from 150 kilometers in 2017. The move is designed to refine the efficiency and competitiveness of new vehicles, the notice said, and to ease the transition toward the industry becoming subsidy-free in 2020.

China has long been a trailblazer in the development of electric vehicles, with the government hoping to take pole position in the industry, which promises less carbon-intensive travel than traditional fossil fuel-powered vehicles. Last year, China sold 1.25 million new-energy vehicles, while the country’s overall auto market saw its first decline in sales in over two decades. New-energy vehicle sales skyrocketed 148.8% year-on-year in January to 95,700, marking the 24th straight month of growth.

Yet much of this turbo-charged growth has been propelled by generous and costly subsidies. Both national and regional governments spent 393 billion yuan ($58.5 billion) propping up the industry between 2009 and 2017, according to the Center for Strategic and International Studies, a U.S. think tank. Subsidies still totaled around 56 billion yuan last year, reckons brokerage China Merchants Securities.

As electric vehicles have become cheaper and more efficient, it is time to reduce subsidies and let them compete more freely for market share, according to this week’s notice. The subsidy cut is the largest since the incentive was introduced in 2013, and it dwarfs the 20% cut that came between 2016 and 2017.

The subsidy cut will lead to a reshuffle across all the links of the industrial chain, including battery-makers, with each likely to feel the burden of tighter margins, Huatai Securities Co. Ltd. said in a report on Wednesday. It is likely that prices will rise for finished vehicles, a senior analyst told Caixin. While electric-battery makers will be affected, subsidies for fuel cells and new-energy buses will be announced separately.