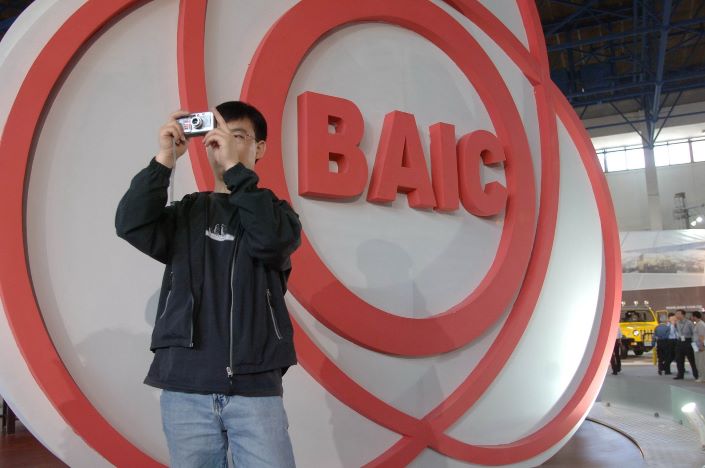 The three-year bonds will have a coupon rate of 4.2%, according to a filing to the Shanghai Stock Exchange.

The announcement comes as the Chinese government aims to wind down the generous subsidies that have driven the growth of the electric vehicle industry in recent years. National and regional governments funneled nearly $60 billion into the industry between 2009 and 2017, according to the Center for Strategic and International Studies, a U.S. think tank.

That money motivated automakers to produce a glut of electric cars. But their fortunes are now shifting as the government progressively cuts subsidies in a bid to improve the industry’s efficiency and competitiveness ahead of the complete withdrawal of financial support in 2020.

BJEV’s six-month earnings report, released in August, shows just how much it remains dependent on government support. While the company posted a net profit of 95.2 million yuan in the first half of this year, nonrecurring gains — much of which came from state subsidies — accounted for a sizeable cash injection of 208 million yuan.

Related: China's Cut to Electric Car Subsidies Is the Biggest in Five Years