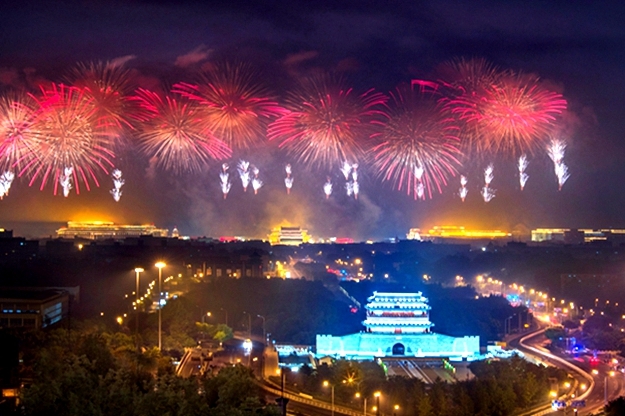 Central Beijing is lit up with fireworks at midnight Sept. 23 in a third rehearsal of this year’s 70th anniversary celebration to be held Oct. 1 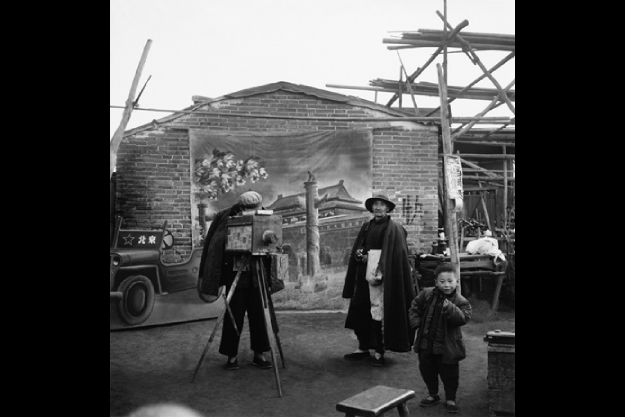 A street photographer in Beijing serves tourists who want a photo taken with the capital’s iconic Tiananmen Square in 1955. 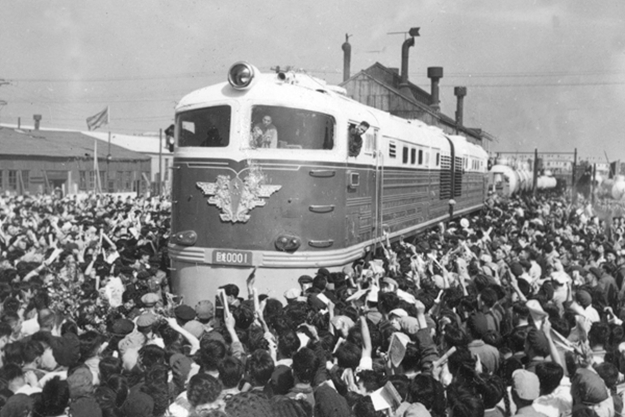 People celebrate the launch of a prototype diesel locomotive, the “Grand Dragon,” at Dalian Locomotive Works Sept. 26, 1958. Based on Russian technology, it is the first diesel electric locomotive produced in China. 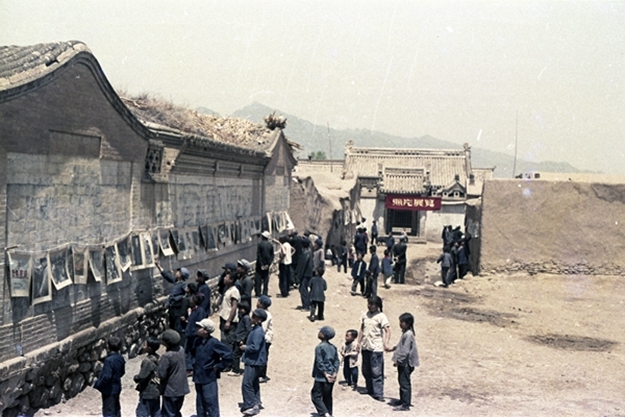 Villagers in Zhuolu County, Hebei province, visit an outdoor showing as the National Photographic Exhibition traveled across the country in 1963. 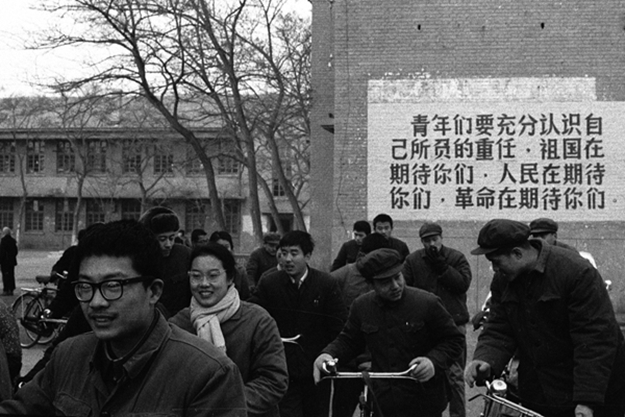 Young people finish the national university entrance exam in Beijing in December 1977. About 5.7 million people nationwide took the exam that year, the first after an 11-year hiatus during the Cultural Revolution. Only about 273,000, or 4.8%, won admission. 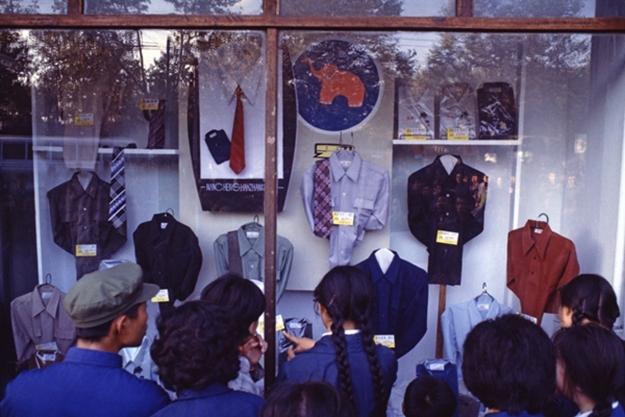 After blue and grey work suits dominated people’s wardrobes for more than a decade, colorful garments with new designs started to appear in stores as China kicked off reforms and opening-up in 1978. 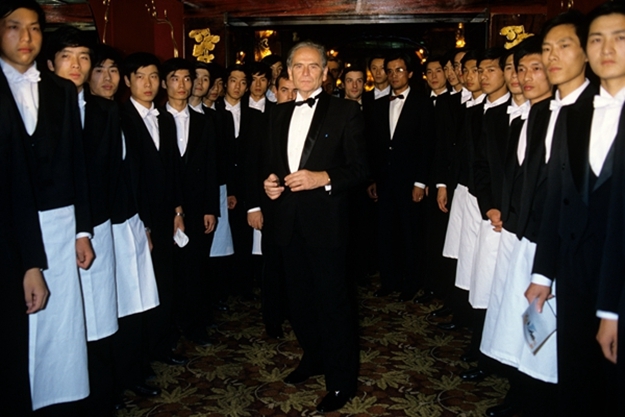 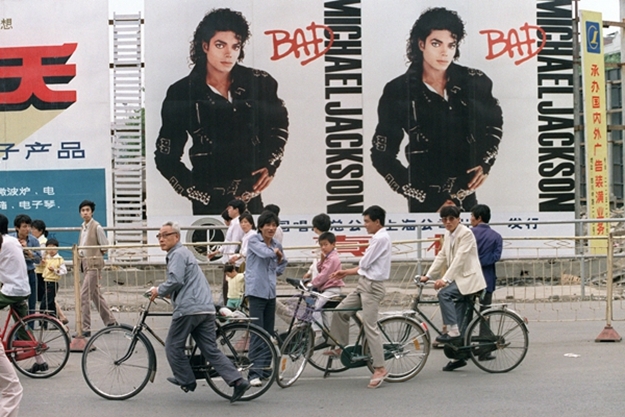 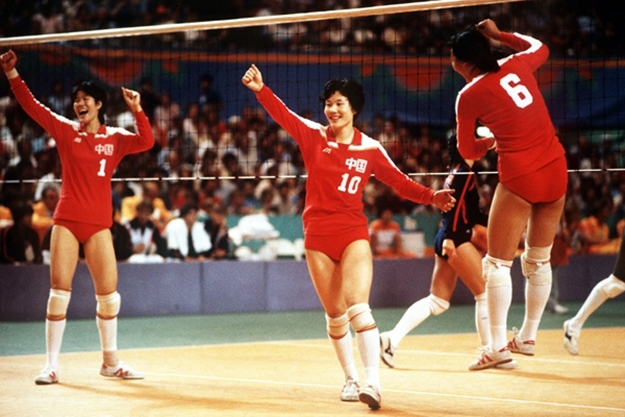 China’s women’s volleyball team won the gold medal over the United States at the 1984 Summer Olympics in Los Angeles. The triumph set off the ascent of Chinese teams in international athletic competition. 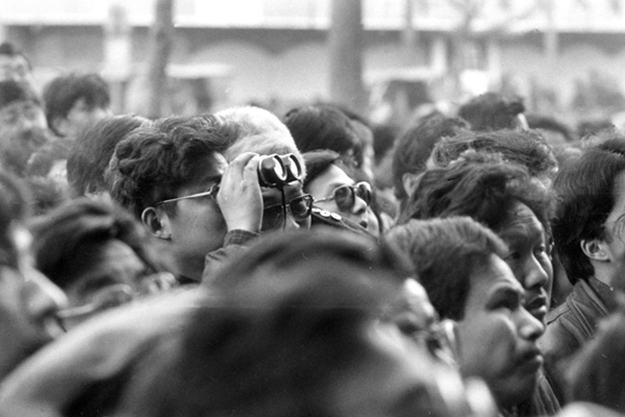 Stock market investors stare at the trading board outside a brokerage in Hangzhou, Zhejiang province, in 1993. China started a stock trading pilot program in 1989 and set up two bourses in 1990. 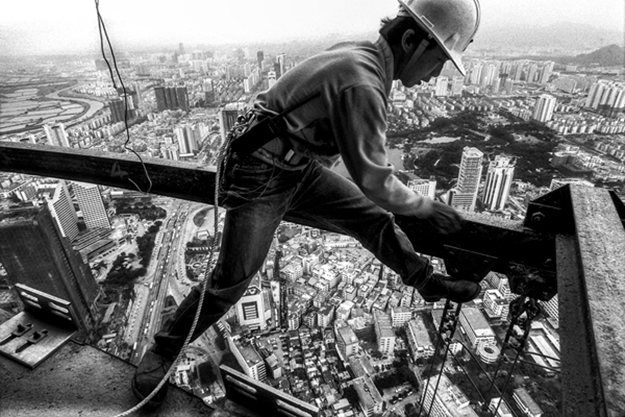 A construction worker on the unfinished Di Wang Tower in Shenzhen in June 1995. The 384 meter skyscraper was the world’s fourth-tallest building at the time. 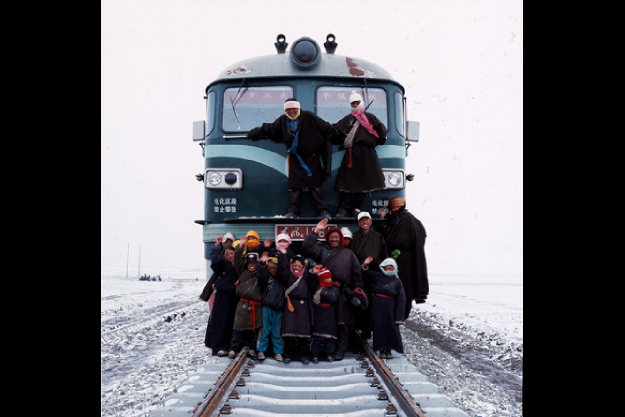 People in Tibet stand before a locomotive on the construction site of the Qinghai–Tibet railway in 2005. The 1,956 kilometer line started operation in July 2006 and set a record as the world's highest railway. 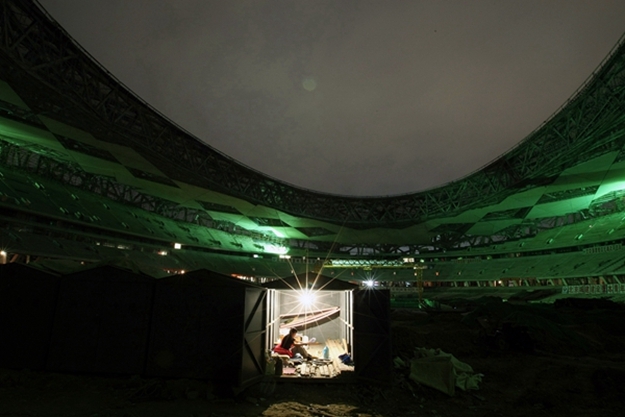 A worker spends the Mid-Autumn Festival at the construction site of the National Stadium in Beijing in 2017. Dubbed the Bird’s Nest, the stadium held the opening ceremony of the 2018 Beijing Olympic Games. 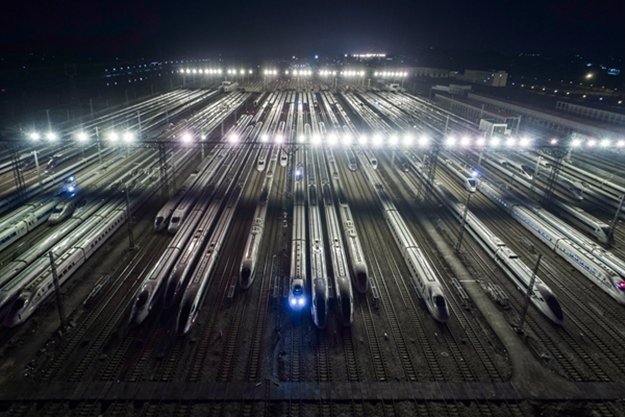 High-speed bullet trains stop at the Guangzhou station for maintenance in January 2019 in preparation for the Spring Festival travel rush, the world's largest annual human migration. 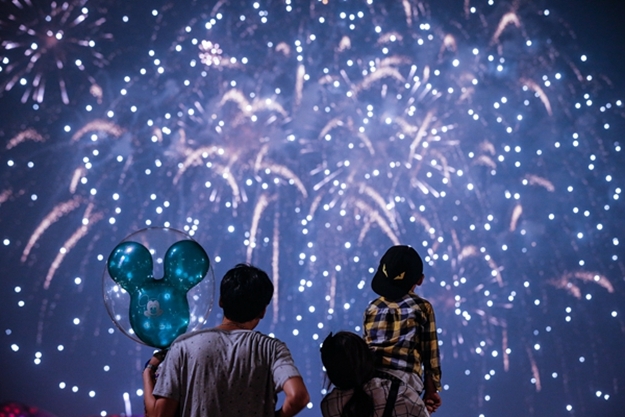 A family watches the firework at the opening ceremony of the first Disneyland theme park in Shanghai in June 2016.