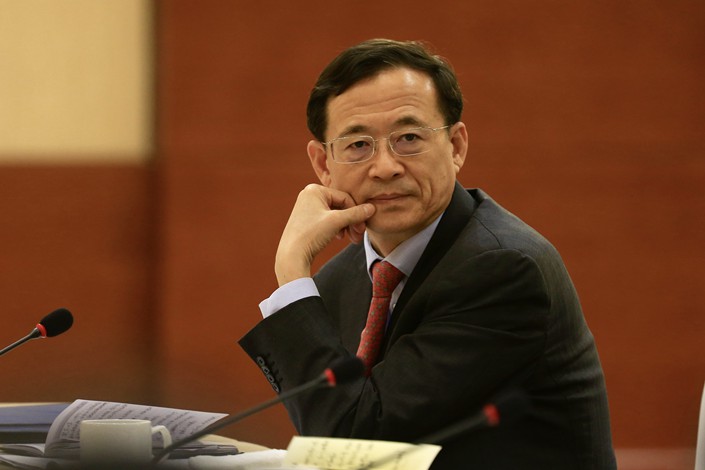 Investigators found that Liu used his position and power to seek personal gains for others, violated rules on official appointments, helped relatives to illegally purchase properties and accepted gifts and money, according to a statement published on the website of the Central Commission for Discipline Inspection (CCDI) and the National Supervisory Commission.

Liu was also accused of making improper public comments and of lacking political and confidentiality awareness, according to the statement. Liu “severely violated the political discipline and rules of the Communist Party,” the CCDI found.

Unlike most disgraced officials who have often been removed from public positions and the party at the same time, Liu will remain a member of the Communist Party on probation for two years, a leniency reflecting his cooperation and assistance in the investigation, the watchdog said.

Liu’s administrative rank will be reduced to division level, a relatively junior rank, according to the statement.

Liu, 58, served as the head of the China Securities Regulatory Commission (CSRC) between February 2016 and January 2019 before being named deputy party secretary of the All-China Federation of Supply and Marketing Cooperatives (China Co-Op), a government body that manages major agricultural goods nationwide.

Rumors that Liu was under investigation had mounted since his departure from the CSRC. Sources said Liu was summoned to talk with authorities in late April. However, he still appeared at a meeting May 5 to commemorate the 100th anniversary of a youth movement.

On May 19, the CCDI said Liu turned himself in and was placed under investigation on suspicion of “violations of laws and discipline.”

During his three-year tenure at the CSRC, Liu exercised tough control over the market and initiated a series of crackdowns on high-profile financiers who were accused of manipulating the market and preying on small investors. He was known for his comments calling such players “barbarians, demons, evil creatures and capital market crocodiles.”