Editorial: Social Security Reform Must Be Completed as Soon as Possible 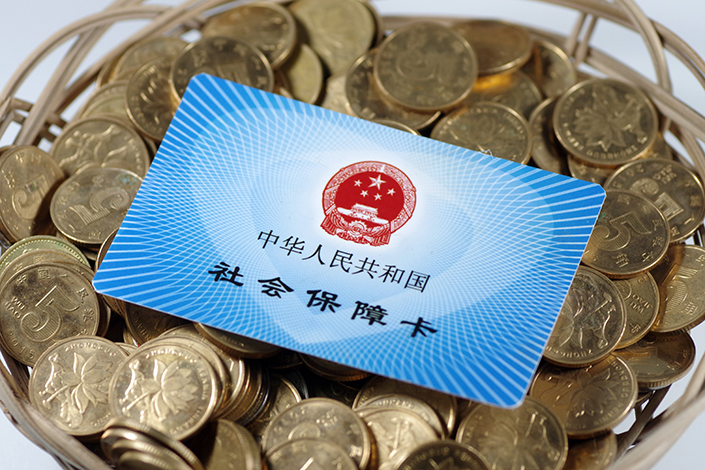 The transfer of equity from state-owned firms to the social security fund has been comprehensively promoted and accelerated. Photo: IC Photo

The transfer of equity from state-owned firms to the social security fund has been comprehensively promoted and accelerated. Recently, the Ministry of Finance and four other departments jointly issued a notice on promoting the transfer of equity from state firms to social security funds and a transfer schedule with the end of 2020 as the completion deadline. Time is short and the task is a big one. It is not difficult to read the urgency of the task from the wording of the notice.

The notice distinguishes different situations of central and local governments. At the central level, qualifying enterprises are scheduled for transfer completion by the end of 2019, though certain enterprises with difficulties have until the end of 2020. Enterprises run by central administrative bodies must make their transfers after the centralized and unified supervision reform is done. At the local level, state-run firms are expected to complete the transfers by the end of 2020. Along with the notice, operational measures were issued to lay a solid foundation for the process including the scope of the transfers and the method and management of the transfers. At present, the operational management measures for the transfer of state-owned equity have not yet been promulgated, but this should not affect the transfers because the undertakers have been provided.

The transfer of state-owned equity is an important part of pension reform. According to rough estimates, this measure involves owners’ rights and interests of up to 100 billion yuan, and will undoubtedly greatly enhance the reserves of the social security fund. Pressure on social security, especially on pensions, is increasing sharply and the aging population crisis is serious. From the pay-as-you-go system to the unified account system, the challenges such as huge transition costs and the low levels of the old-age pension cannot be avoided. In recent years, this has been reflected in the widening gap in what local enterprises can provide for old-age pension, in the growing anxiety around social security, and in its impact on national confidence. The situation is serious and social security reform cannot be delayed. In the past, pension reform often stayed at the document level, lacking not only methodology but also execution. Reform has been sluggish and the cost of this has been placed on the people paying it. There are no winners here. To rebuild confidence in social security, we need a roadmap and action. In promoting pension reform, the central government must stress “infrastructure” and establish rules and regulations to solve historical problems rather than avoid responsibility. Stop-and-go reform will just leave the problem for future generations to solve. The central government’s strong promotion of the transfer of equity from state-owned firms to social security funds is an encouraging and major breakthrough.

Of course, the resistance to transferring state-owned assets to social security funds should not be ignored. In 2017, the State Council issued an implementation plan for transferring some state-owned capital to enhance social security, which also had a schedule, but the transfer has not been smooth and the progress has been slow. The main reason is that state-owned shareholders are not cooperating and even resist. There are no technical difficulties. Moreover, it is reasonable for the state-owned capital to bear the costs. The important goal of the transfer reform is to make up for the gap in the basic pension insurance fund for employees of enterprises caused by the implementation of the equal payment policy. It has been 22 years since the old-age pension system was last reformed in 1997. If we do not make up for the historical cost soon, we fear new historical costs will arise. State-owned capital is by no means the “private property” of a certain department, region, or state-owned firm.

In order to solve the pension problem, we should not advance alone but promote it through multiple sectors and in a multi-step process. The acceleration of the process also highlights the lag of other measures. According to the course of China’s social security reform and international experience, the solution to pension pressure is to increase the transfer of capital to enrich the social security fund, increase national financial support, build a multi-pillar and multi-level guarantee system, enhance the overall planning level, and adjust the retirement age for employees. The decision at the third plenary session of the Communist Party of China’s 18th Central Committee has been fully deployed, but it is very hard to get to the point where it works. Matters of reform can be divided into difficult and easy ones. Departments and local governments have different ways of pushing ahead, and the obstacles in the way differ in size. But how hard they work to overcome these obstacles is directly related to the progress of reform. The central government must think hard about how to stimulate the momentum of departmental and local reform.

From an operational perspective, the most urgent task is improving the actuarial level. The pension is a huge and complex system of engineering. The actuarial level determines the quality of the top-level design. Corporate social security taxes and fees should be appropriate and the level of pension growth should be controlled at a realistic level. The overall national pension plan is inseparable from the actuarial balance principle established by the third plenum of the 18th Central Committee. The actuarial system is also an important support mechanism to improve the transparency of social security. Only by depending on the actuarial system can we effectively solve the plight of intergenerational compensation. It is regrettable that, though many people with insight have appealed for years, the actuarial system has not yet been establish. It is imperative that such a system is set up with urgency.

Pension reform affects multiple interests that are intricately linked. Coordination between such interests must be flexible, but it cannot cross the moral line. The phenomenon of uneven wealth distribution is prominent in old-age support across the country. The key to improve the overall planning level is to redistribute resources and eventually withdraw the transitional measures such as the central adjustment fund. Of course, coordinating the different interests of all parties is a very difficult and practical problem, but the system’s design can have a certain degree of flexibility that leaves reasonable room for local adaptation. Nevertheless, the direction of overall national planning should not be shaken nor should progress be delayed because of fraudulent departmental or local interests. Delaying the retirement age is an easy target for criticism. The implementation strategy can be flexible, but action must be resolute.

The crux of pension reform has been fully exposed. The central document has clarified the reform ideas. Actions must be taken sooner rather than later because the cost of reform today is far less than what it will be in 10 years. Like reforms in other fields, the bottom line is that social security reform must not bend to the interests of departments or regions, be compromised by monopoly forces, or bow to populism.