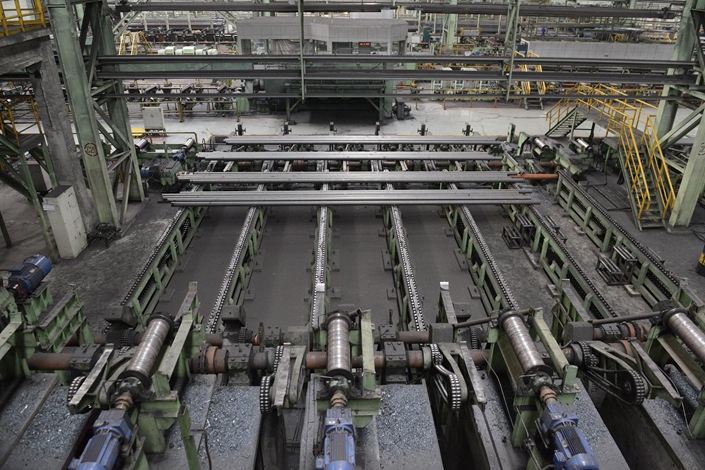 Two Chinese steelmakers announced plans to raise fresh funds to improve their working capital, reflecting pressures being felt in the oversupplied sector as it continues to consolidate.

China is the world’s largest steel producer, providing more than half of global output, following a massive buildup over the last three decades that helped to fuel the country’s rapid economic expansion. But as the nation’s economy enters a new phase of slower growth, Beijing is leading a sector-wide consolidation of a group of mostly state-owned companies, including merging smaller players with larger rivals and shutting down less-efficient capacity.

While that happens, many smaller players are still feeling the pinch of oversupply, prompting them to look for additional money to continue funding their operations.

In the other capital-raising, Inner Mongolia Baotou Steel said that 1.1 billion of its shares held by its state-owned parent will be used as collateral as part of a fundraising exercise in conjunction with an asset management arm of China Galaxy Securities, one of the nation’s major brokerages, according to a separate announcement. Those shares would have a market value of about 1.6 billion yuan, based on Baotou Steel Union’s latest closing price.

Such use of shares as collateral, often for bank loans, is a relatively common practice in China, as companies with shaky finances look for ways to reassure lenders that borrowed money will get repaid. But such plans sometimes run into trouble if those shares fall in value, undermining their worth as collateral.

“This pledge of shares … is to supplement the liquidity capital needs of the enterprise,” Boutou Steel Union said.