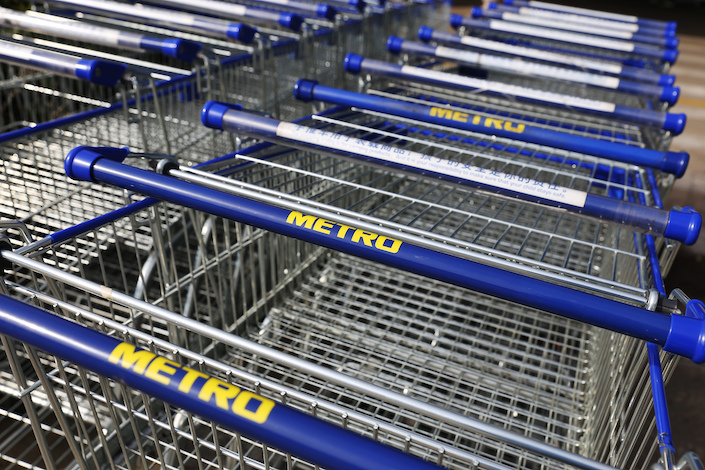 Metro will receive net proceeds of about 1 billion euros and a 20% stake in a subsidiary of Wumei that will own the business, Metro said Friday.

Wumei, which operates Wumart hypermarkets, had been vying with Yonghui Superstores Co. for the Metro operations, people with knowledge of the matter previously said.

The German company has been paring retail assets to focus on its wholesale cash-and-carry business after splitting from its Ceconomy electronics arm two years ago. Metro shareholders in August failed to support a $6.5 billion takeover offer from Czech billionaire Daniel Kretinsky and his Slovakian business partner Patrik Tkac.

Metro shares gained as much as 2.7% in Frankfurt.