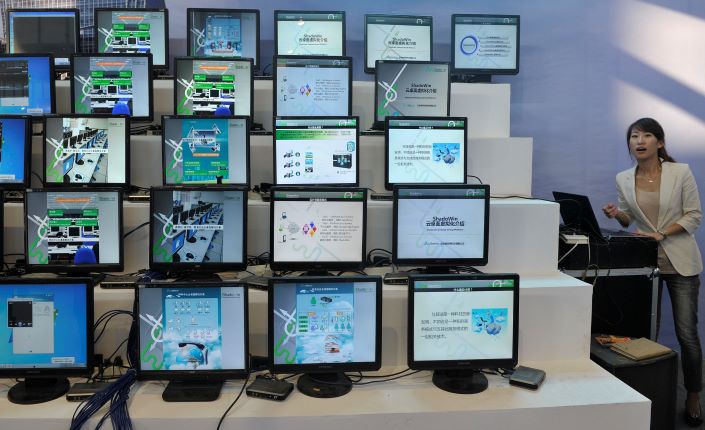 Despite rapid growth, China’s cloud-computing market has a long way to go to catch up with the United States.

That’s the conclusion of a report published Saturday by the International Institute of Technology and Economy (IITE), a nonprofit research organ affiliated to the State Council, China’s cabinet.

Although the value of China’s cloud computing market grew 39.2% year-on-year in 2018 to 96.3 billion yuan ($13.6 billion), its total size only represented around 8% of the U.S. market during the same year, the report says.

The sector’s callowness was also illustrated in the relatively low uptake of cloud computing by Chinese companies. Only around 40% of companies in China used cloud services in 2018, a significantly lower proportion than the 85% of American firms and 70% of E.U. firms that did so, IITE deputy chief Qu Shuangshi said Saturday.

Related: In Depth: Why Tencent Wants a Lift in Corporate Cloud Customers