Opinion: Delisting Chinese Companies Would Only Hurt the U.S.

By Liu Feng and Cui Xin 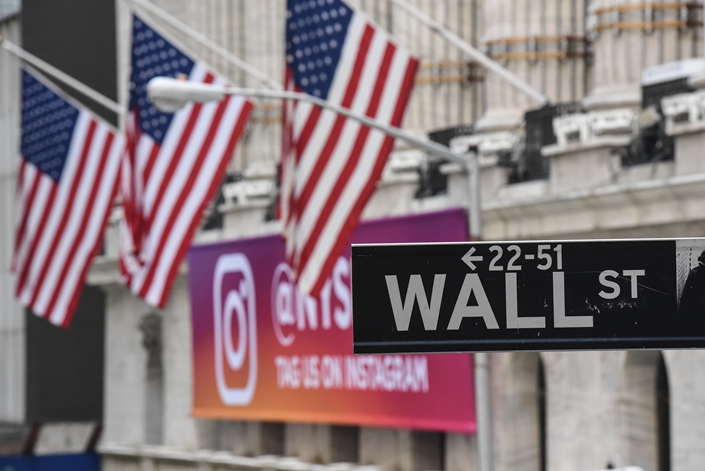 On Sept. 27, it was reported that the White House was considering kicking Chinese companies from U.S. financial markets. Later, the U.S. Treasury Department denied the reports, but refused to rule out considering the option in future.

The first victims would be U.S. investors. One of the measures mentioned in reports about the rumored ban was delisting U.S.-listed Chinese firms. Chinese stocks in the U.S. have a total market cap of $1.5 trillion and account for 3.3% of U.S. stock markets. Out of the $1.5 trillion, 45% are held by the controlling shareholders, 25% by U.S. institutional investors, and 30% by other investors.

Chinese investors have negligible access to U.S. markets. Therefore, the institutional investors and the majority of the “other investors” are U.S.-based. In other words, at least 55% of the delisting’s consequences would be borne by the U.S. or other international investors, not the Chinese.

If delisted from the U.S. markets, these companies could easily relist on Chinese stock markets. These companies chose the U.S. markets, either due to the quicker IPO authorization process or more flexible share structure rules. However, starting from June this year, the newly created STAR Market has accelerated the IPO process and allowed for a dual-class share structure.

The Chinese government also has been publicly calling for the return of “excellent” Chinese companies. Therefore, the ban on Chinese companies offers an opportunity for them to return their local market with lower costs.

Interestingly, it seems that the U.S. stock market understands the threat better than the White House does.

When the news hit the market at 11:36 am on Sept. 27, the prices of U.S.-listed Chinese stocks plummeted. Specifically, Alibaba dropped by 4.7% within 2 minutes, and JD.com dropped by 3.57% within 3 minutes.

These Chinese companies are not the only victims. Iconic U.S. tech companies also stumbled. Within 5 minutes, Facebook, Apple, Amazon, and Microsoft all dropped by more than 80 basis points. S&P 500 Index went down by 0.57% within 3 minutes. The drop at 11:36 was clearly market-wide.

It’s definitely a bad idea to target stock markets. President Trump famously proclaimed that “trade wars are good, and easy to win.” Judging from the recent threats to target China financially, it seems he is running out of options and is searching for new approaches.

Let’s look at how the stock markets have responded to the trade frictions over a longer horizon. We tentatively divide it into four phases. Our chart illustrates the prices of the Shanghai Composite Index and S&P 500 Index over these four phases.

In Phase I from early February 2018 to Dec. 12 that year, the U.S. market steadily went up, whereas the Chinese market kept sliding. The U.S. believed it could easily win the trade war, and Chinese market panicked at the materialization of Trump’s tariff threats.

In Phase II, which went until May 5, there were ups and downs in both markets, reflecting the progress and backtracking of the negotiations. The Chinese market fluctuated to a larger degree, showing that China seemed more eager to end the trade war.

In Phase III, which ended on Aug. 1, negotiations were on and off. Both markets continued to fluctuate. But the volatility of the Chinese market greatly decreased.

In the ongoing Phase IV, the U.S. market became quite volatile, whereas the Chinese market was relatively stable.

The increased volatility of the U.S. stock market largely reflects that the country’s investors have become uneasy about the protracted trade tensions. The U.S. economy happened to look gloomy at the same time. Even the restrained Federal Reserve has now begun to talk about the “uncertainty created by the U.S. foreign trade policy.” If the U.S. stock market crashes due to a prolonged standoff, it would probably cost President Trump the election in 2020.