By Zhou Meilin and Mo Yelin 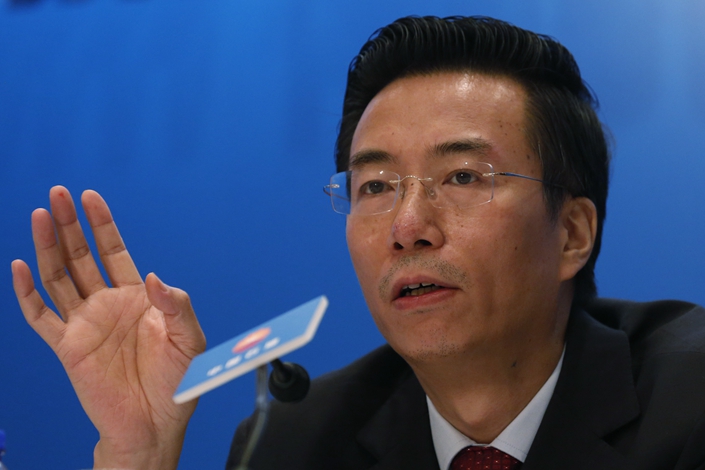 Wang Dongjin, vice chairman at one of China’s three state-owned oil giants, is being promoted to chairman, filling a position that has remained vacant for nearly two months.

China National Offshore Oil Corp. (CNOOC), announced the news on Thursday afternoon. Wang is to replace Yang Hua, who resigned as CNOOC’s chairman in early September when he was made chairman at another state-owned giant, chemical manufacturer Sinochem Group.

Wang, who joined CNOOC as a nonexecutive director in March 2018, has over 30 years of experience in the oil industry, including over a decade at China National Petroleum Corp. (CNPC). The 57-year-old was later that year in October promoted as vice chairman at CNOOC.

Before joining CNOOC, Wang spent about 16 years dealing with overseas markets, ranging from Sudan to Kazakhstan.

Since Wang joined CNOOC, its pace of overseas expansion has quickened. In June, the company announced that it would acquire a 10% stake in Arctic LNG 2, a liquefied natural gas (LNG) project in northern Russia led by that country’s biggest private natural gas producer Novatek. That came after CNOOC sealed deals with companies including Germany’s Siemens AG and Switzerland’s ABB Ltd. in November 2018.

Another trend at CNOOC since Wang’s arrival has been greater cooperation with its two state-owned peers, CNPC and China Petroleum and Chemical Corp. For example, in July, CNOOC said it had signed a deal with CNPC to jointly explore oil projects in China.

In 2018, CNOOC produced a total of 74 million tons of crude oil, and 27.7 billion cubic meters of LNG, with about 36% of the oil and LNG produced in its overseas fields, according to the company.