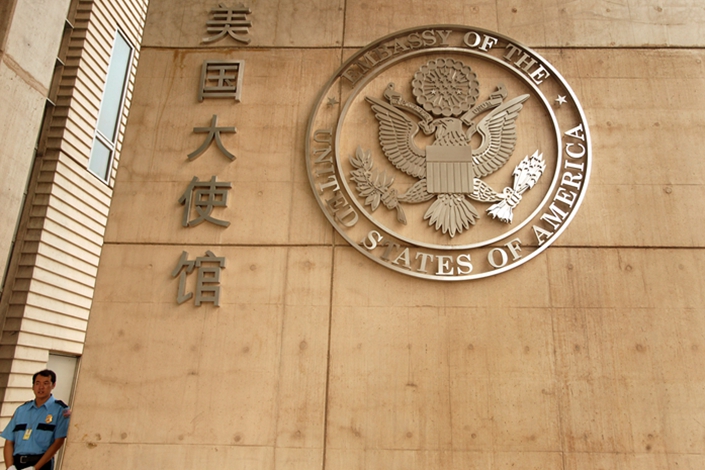 The U.S. Embassy in China said on Friday that the majority of Chinese student applicants receive the full validity of five years for their visas, in an effort to ease worries over Washington’s tightening restrictions on Chinese students seeking to study science and technology in America.

In response to Caixin Global’s request for comment on the issue of visa length, a U.S. Embassy spokesperson said in an email that “the maximum validity for a student visa for Chinese nationals is 5 years and remains unchanged since 2014. The majority of visa applicants receive full validity visas.”

The comment followed U.S. President Donald Trump’s pledge to tackle Chinese students’ visa woes during a meeting with a Chinese trade delegation, led by Chinese Vice Premier Liu He, in Washington on Oct. 11.

The Trump administration has been tightening administrative reviews of students studying in STEM fields — which refers to science, technology, engineering and math — in response to claims of intellectual property theft.

According to an Associated Press report in May 2018, the U.S. State Department was planning to shorten the validity length of student visas for Chinese students studying for a masters or doctorate in robotics, aviation and high-end manufacturing, a move that was met with ire from China’s foreign ministry.

In early June, China’s Education Ministry issued a warning in a statement that some students seeking to study in the U.S. had encountered problems with visa length and an increase in visa denials.

At an education event in Beijing on Sunday, U.S. embassy officials also sought to reassure Chinese students they were not subject to visa quotas, saying there had been no change to their policy.

But officials also reiterated those applying to study science and related fields were subject to an “administrative review of indefinite length.”