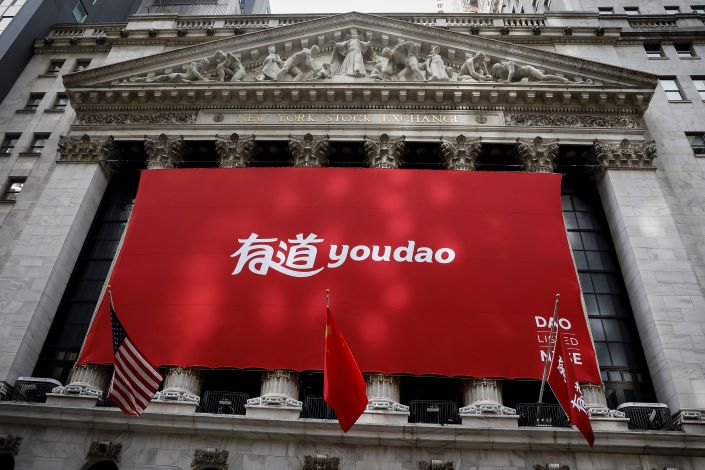 (Bloomberg) — China’s Youdao fell sharply in its first day of trading in New York, but its parent company is unfazed: Its long-term plan is to take public another one of its units, the popular NetEase Cloud Music streaming app.

NetEase CEO William Ding said in an interview Friday that the company eventually will carve out the streaming-music service as a separate publicly traded company.

And NetEase likely won’t stop there. “We have plans to make our businesses to run as an independent company, including Cloud Music,” among others, Ding said.

Youdao, which is an online educational platform, stumbled in its debut as a public company in New York Stock Exchange trading on Friday, with shares closing at $12.50, down more than 26% from their IPO price of $17.

Ding, the CEO of parent company NetEase, wouldn’t give a timeline for the IPO of the music-streaming unit, but said the company would make moves when the unit’s management is mature and the business has a leading market position.

For its part, corporate sibling Youdao, with a market value of around $1.4 billion, chose to go public in the U.S. following the footstep of parent NetEase, which went public on Nasdaq in 2000. For decades NetEase, with market value of $36 billion, has been the runner-up to the likes of Tencent in China’s internet landscape.

NetEase’s music arm, launched in 2013, is a rival in second place to leader Tencent Music. It has been grappling with rising content costs, as it has to sub-license a big portion of songs from rival Tencent Music, which owns exclusive rights with top global record labels.

Last year, Tencent Music raised $1.1 billion in its U.S. IPO, while NetEase’s music platform raised over $600 million in private funding from Baidu, General Atlantic, and others. This year, NetEase Cloud Music raised another $700 million from Alibaba and Yunfeng. Tencent Music has risen about 8% from its December IPO.

Youdao isn’t alone in declining in its first day of trade when it comes to Chinese companies. On average, U.S.-listed shares of Chinese companies that went public in 2019 are down about 13% from their offer prices.