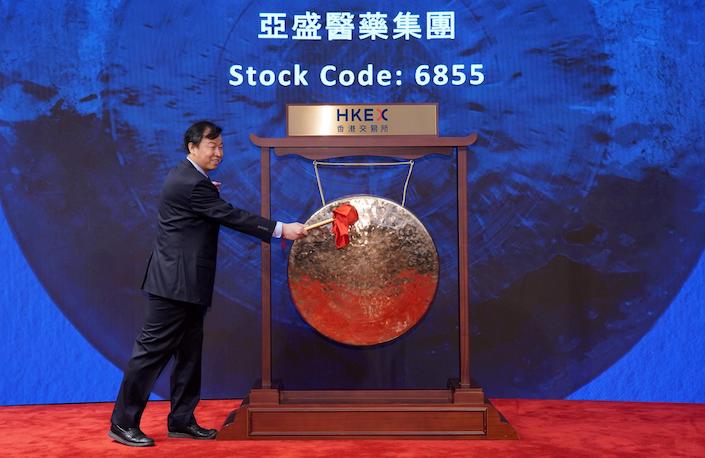 The developer of cancer and hepatitis B therapies soared as much as 57% Monday before paring the gain to 9.9% at the close. The retail portion of the offering was more than 750 times oversubscribed last week, the highest ratio among Hong Kong listings this year, according to data compiled by Bloomberg.

The surge comes after Hong Kong relaxed its rules last year to encourage biotech companies with no record of profit or revenue to list. The eight other such companies that debuted since that change gained an average 18% from their offer prices, Bloomberg-compiled data show.

“Investors have a particular interest in the health-care sector, especially biotech firms given they usually have a good growth outlook,” said Albert Yu, an analyst at Zhongtai Financial International Ltd. “The company should be able to generate strong profits once it is able to commercialize its products.”

China is investing billions in its hospitals and has revamped its drug approval system to get novel medications quickly to its population. The country has the world’s biggest patient pool for diabetes, and almost 4 million people are diagnosed with cancer each year.

With the government driving down the prices of generic medicines, investors see biotech companies that develop innovative treatments as having the most profit potential in China’s $132 billion pharmaceutical market. Last year, venture capital firms poured $17.6 billion into Chinese biotech start-ups.

IPOs in Hong Kong have been well received in general this month, with the 18 new listings before Ascentage gaining an average of 29% on day one.