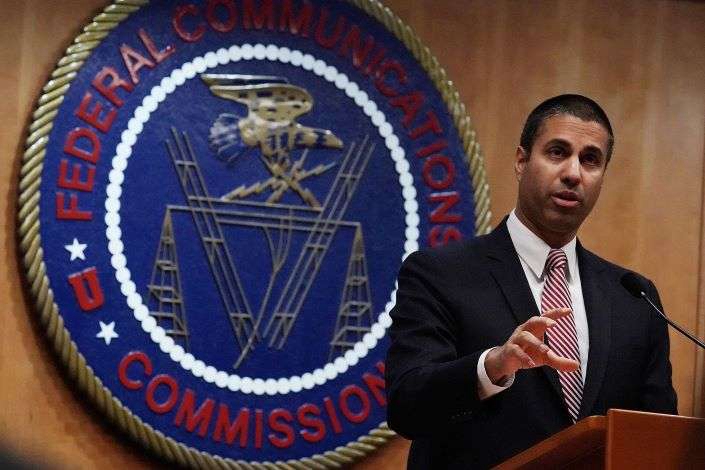 A purge of Huawei and ZTE equipment from U.S. networks may arrive well before 5G.

The Federal Communications Commission (FCC), the U.S. telecom regulator, will vote Nov. 19 on a multipart proposal that would bar American companies receiving rural subsidies from purchasing equipment and services from the two Chinese firms. It would also require those already receiving such funding to strip the equipment from their networks, and establish a process for designating additional companies as national security threats.

The draft order, posted Monday night on the FCC website, was introduced by its Chairman Ajit Pai, and names Huawei Technologies Co. Ltd. and ZTE Corp. as “companies posing a national security threat.” It bars U.S. carriers receiving money from the regulator's $8.5 billion Universal Service Fund, used to subsidize service to low-income and high-cost areas including schools, libraries, and rural health providers, from using equipment from such suppliers.

“As the United States upgrades its networks to the next generation of wireless technologies — 5G — we cannot ignore the risk that the Chinese government will seek to exploit network vulnerabilities,” Pai said in a statement, adding China is willing to go to “extraordinary lengths” to harm U.S. national security, its economy and values.

“We can’t afford to take a risk and hope for the best,” he said.

Rather than fund purchases from the Chinese telecom giants, government-supplied money would be used to replace their current equipment with that of “more trusted suppliers,” the proposal read. The FCC is seeking comment from carriers on costs.

Huawei and ZTE would have 30 days to contest the FCC’s national security risk designation, while an order for U.S. companies to remove their equipment is not expected until next year at the earliest, Reuters reported.

The U.S. government has thrown up increasing barriers to Huawei’s business since it effectively barred American companies from selling technology to the Chinese tech giant in May. ZTE, meanwhile, has avoided more recent sanctions following a three-month ban last year on purchasing components from American companies.

Reports suggest British Prime Minister Boris Johnson is moving to allow Huawei Technologies into the U.K.’s 5G network, following a policy promoted by his predecessor Theresa May, while Portugal is piloting a 5G network built in partnership with Huawei.