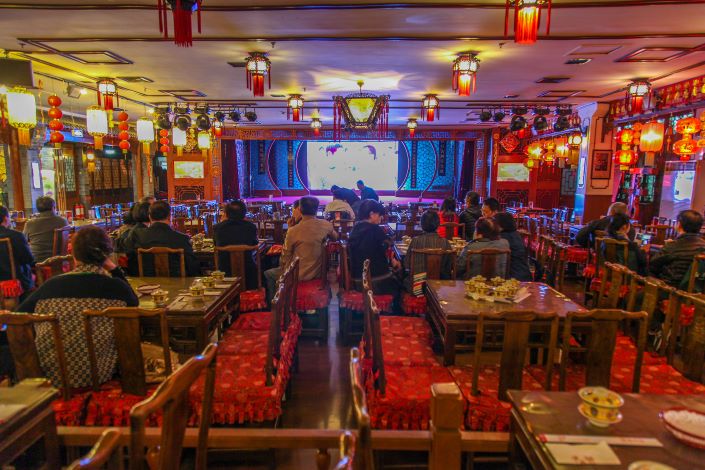 Spurred by broad policy support from Beijing, Chinese companies are scrambling to apply machine learning technologies to everything from fashion outlets to futuristic-looking hotels. Now Chinese tech giant Baidu has brought them to a venue synonymous with traditional Chinese culture: Beijing’s Laoshe Teahouse.

The internet giant announced Thursday that it has entered into a partnership with the teahouse, a tourist landmark in the capital, to apply Baidu Brain’s AI technologies — including voice and face recognition as well as natural language processing (NLP) — to its outlet just south of Tiananmen Square.

At the teahouse, which has hosted more than 70 foreign heads of state since it was established in 1988, customers can order via smart speakers, be served by robot waiters, and interact with mirrors empowered with facial and speech recognition that write personalized poems after scanning visitors’ faces, Baidu says.

The teahouse also features a “smart tea specialist” machine that can discern different types of tea based on a huge photographic database.

The partnership will “boost the spread of traditional Chinese culture through AI” and help more young people engage with China’s folk culture, according to Baidu.