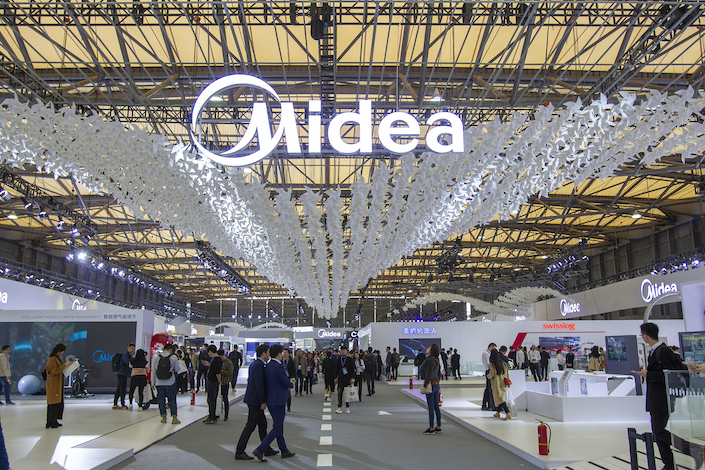 Hillhouse Capital voluntarily adjusted its holdings in Midea and will focus on the development of Gree in the future, an insider at Hillhouse told Caixin. He didn’t disclose how much of Midea’s equity Hillhouse may have sold.

As of June 30, Hillhouse Capital held 61.83 million Midea shares, or 0.89%, making it the eighth-biggest shareholder in the air conditioner maker.

Gree Electric said Monday that its state-owned parent picked Zhuhai Mingjun Investment Partnership, a private equity fund backed by Hillhouse Capital, as the winning buyer of a 15% stake in Gree after a six-month bidding process that attracted around 25 interested companies and consortia.

Hillhouse Capital, previously the ninth-biggest shareholder of Gree Electric with 0.72%, will be the biggest shareholder after the deal. Midea founder He Xiangjian was reported to be among the limited partners of Zhuhai Mingjun, raising a question of conflict of interest.

Hillhouse said the fund has set relevant restriction terms for its limited partners, and they will be excluded from the activities involving Gree.