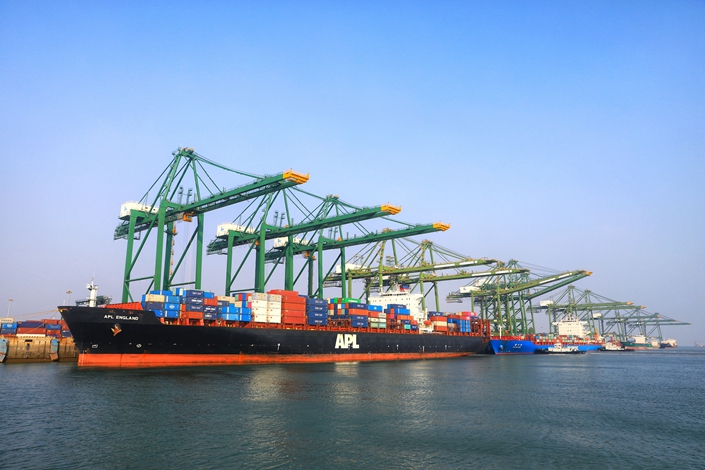 Maritime shipping is fundamental to global trade, carrying millions of tons of goods around the world each day. But carrying those goods produces an enormous amount of pollution, including 938 million tons of carbon dioxide each year.

Now, researchers at Tsinghua University in Beijing have found a way to drill down into the macro figures and model just who is responsible.

In a new report published in online journal Nature Sustainability, they find bilateral shipping between the United States and China is responsible for 2.5% of the industry’s carbon dioxide emissions — 23 million tons — as well as 4.8% of the premature deaths from air pollution linked to the trade.

As part of their research they developed, for the first time, a way to attribute emissions to bilateral trade relationships, and from there work out the shipping emissions for each country.

Shipping was responsible for 2.6% of global greenhouse gas emissions in 2012, which could increase to 17% by 2050 if left unregulated, their report says.

Environmental guidelines have been tough to enforce on the industry, Liu told Caixin. That’s because it’s difficult to work out which countries should be held responsible for shipping-related emissions when it comes to trade. “Offshoring separates consumers and producers, bringing about pollutants emitted by shipping,” the report says. Complex ownership and management structures of ships often involve multiple countries, adding another tricky layer to the equation, Liu says.

The study goes further than carbon dioxide, finding the U.S. and China had contributed to various other kinds of pollution all over the world, especially ultrafine particulate pollution which has significant impacts on human health, around the coastal regions in China and Japan.

In 2016, shipping trade between the U.S. and China released 321 kilotons of sulfur dioxide, they found, as well as 450 kilotons of nitrous oxides, and 18 kilotons of carbon monoxide, the report says.

Liu’s team was also able to figure out how emissions of different pollutants such as fine particulate matter, sulfur oxides, and nitrogen oxides, can contribute to premature mortality. The study estimates that in 2016, approximately 5,700 people died prematurely due to air pollution from China-U.S. bilateral shipping emissions. Of these deaths, 64% occurred in China and only 2% in the United States. The remaining 34% occurred in third countries including Japan, South Korea, and Vietnam.

Liu told Caixin that the very small number of premature deaths in the U.S. is due to low-emissions policies for ships entering an area 200 nautical miles around the coast that requires ships to switch to clean fuel. China did not establish similar emissions control zones until 2016. China’s coastal areas are also densely populated, exacerbating the impact on human health.