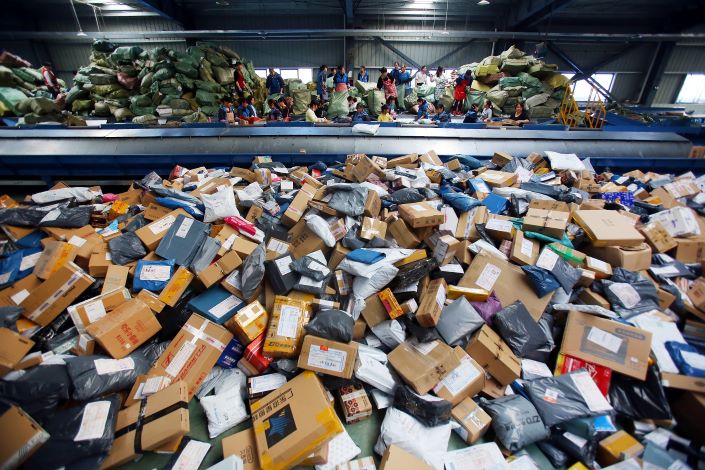 The industry expects to deliver 2.8 billion parcels both domestically and internationally during the festival’s peak period, which runs from Nov. 11 to Nov. 18, Bian said. During that time, China’s couriers will deliver roughly 350 million parcels per day, more than twice its normal workload, he added.

Wage hikes associated with labor shortages are key challenges to the health of the country’s couriers, Bian said. “Price wars” between players in the hypercompetitive sector further squeeze the margins of delivery companies, he added.

Many of the 400,000 additional workers, some of whom are relatives of full-time delivery staff, have been hired on short-term contracts to help companies make it through the peak shopping season, according to Bian. The industry has also added new parcel-sorting centers and more than 3,000 automatic sorting machines, he said.

Some 75,000 facilities across the country will recycle waste packaging in a bid to reduce the event’s environmental impact, Bian added.