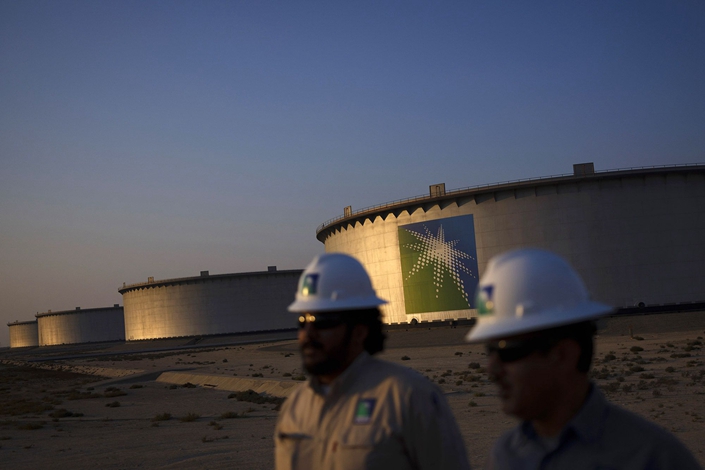 Chinese state-owned entities are in talks about investing a combined $5 billion to $10 billion in Aramco’s initial public offering, as Saudi Arabia seeks commitments from friendly governments to shore up the record share sale, people with knowledge of the matter said.

The Beijing-based Silk Road Fund is among parties that have been in discussions to buy stock in the offering, according to the people, who asked not to be identified because the information is private. Some other Chinese funds or state-owned enterprises may also join, the people said.

President Xi Jinping has been seeking to increase China’s political clout and revive ancient trading routes under his Belt and Road Initiative. An investment in Aramco would cement ties with Saudi Arabia as well as provide China a way to profit from rising oil prices.

State-owned oil producer Sinopec Group and sovereign wealth fund China Investment Corp. have also held talks in recent months about investing in the Aramco IPO, the people said. Commitments haven’t been finalized, and the lineup of investors and the amounts each firm puts in will ultimately depend on the Chinese government, the people said.

The Silk Road Fund was set up in 2014 with $40 billion of initial capital. It was later supplemented with another 100 billion yuan ($14 billion) of funds, according to its website.

Large commitments from China would help Aramco make the share sale a success after Western money managers pushed back earlier on the company’s valuation. Saudi Crown Prince Mohammed Bin Salman has long insisted the state oil company is worth $2 trillion, although he’s prepared to scale back his expectations to between $1.6 trillion and $1.8 trillion, Bloomberg News has reported.

Aramco declined to comment. Representatives for the Silk Road Fund and CIC, as well as Sinopec Group and its main listed unit, didn’t reply to requests for comment. China’s State-owned Assets Supervision and Administration Commission, which oversees the biggest government enterprises, and the finance ministry didn’t respond to faxed queries.

The head of Russia’s sovereign wealth fund said last week that Aramco’s IPO is a “unique opportunity.” Russian investors are “keen to participate” in the deal, Chief Executive Officer Kirill Dmitriev said in a Bloomberg Television interview in Riyadh.

Partners of the fund, known as the Russian Direct Investment Fund, are considering taking part in the deal, a representative for RDIF said in response to Bloomberg queries. No final decision has been made and investment amounts haven’t been set, according to the representative.