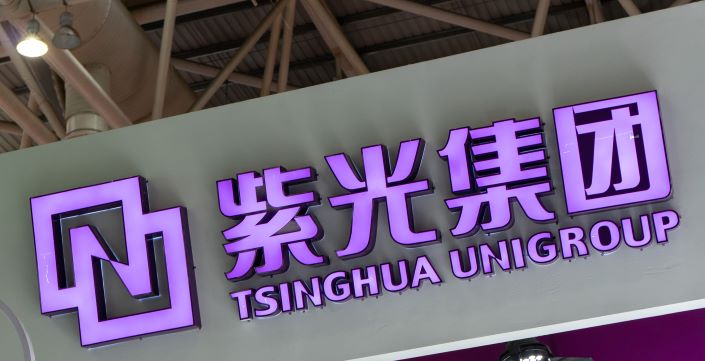 It’s no secret that China has grand plans to develop a world-class semiconductor industry. But that goal suffered something of a setback when an authoritative bond market analysis savaged the performance of chipmakers controlled by one of the country’s best universities.

The analysis published Tuesday by well-known brokerage Ping An Securities shows that yields of some U.S.-dollar bonds issued by Tsinghua Unigroup have recently sharply increased. Among them, the yield of one bond due in 2023 surged over 300 basis points, or 3%, in October, alongside a plunge in the overall bond price, Ping An said.

Unigroup is also heavily dependent on government subsidies and is coming under increasing financial pressure as it invests heavily in semiconductor research and production, the report added.

On Thursday, Guoxin published a statement citing an acknowledgement from Unigroup that the reported bonds had experienced “some fluctuations” due to “overseas market moves,” but reiterating that Unigroup and its affiliates remain in fine fettle with strong liquidity and continued support from Tsinghua University. Guoxin wished prevent further “untrue conjecture and reports,” the statement said.