WeWork Might Give Up Some Hong Kong Office Space Amid Pullback 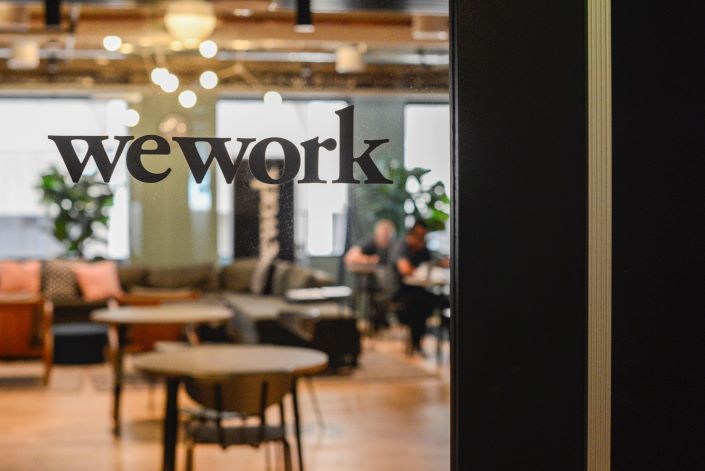 (Bloomberg) — WeWork, the cash-strapped co-working company whose IPO failed, is weighing giving up office floors in at least half a dozen locations in Hong Kong, one of the world’s most expensive property markets.

New York-based WeWork is considering surrendering a portion of a recently signed lease in Wan Chai, near Hong Kong’s central business district, according to people familiar with the matter. The firm leased four floors, or around 60,000 square feet, for nine years in the Hopewell Centre in August, one of the people said, asking not to be identified because the details are private.

Agents are approaching clients on behalf of WeWork to replace it in five other locations across the city, another person said. Those locations are in various stages of renovation but WeWork would consider relinquishing them if it finds companies willing to take over, that person said.

The decision to review the space comes as WeWork slows its expansion to stem losses and convince investors its business model is viable after a dramatic financial implosion. After pulling its initial public offering in September, the troubled group received a $9.5 billion rescue package from SoftBank Group in exchange for a raft of changes, including the ouster of co-founder Adam Neumann.

SoftBank’s billionaire founder Masayoshi Son said Wednesday that WeWork would stop adding new office leases in the coming years. Son also said there would be no more rescues, calling WeWork an exception. He added WeWork could generate $1 billion in annual profit in four to six years.

The potential retreat in Hong Kong comes after WeWork said just last week it plans to expand its footprint in the city and open four new locations this quarter. Some of those are among the spaces it is now looking to vacate.

“New executive leadership is evaluating our operations and assets across all geographies, including Hong Kong,” a spokesperson for WeWork said in an email. “We are fully committed to improving the business and ensuring our long-term viability to the benefit of our landlords, members, and employees.”

The co-working company started its Hong Kong business in 2016 and quickly became the most aggressive shared-office operator in the city. It’s now secured 16 locations with nine under operation, the company said Wednesday.