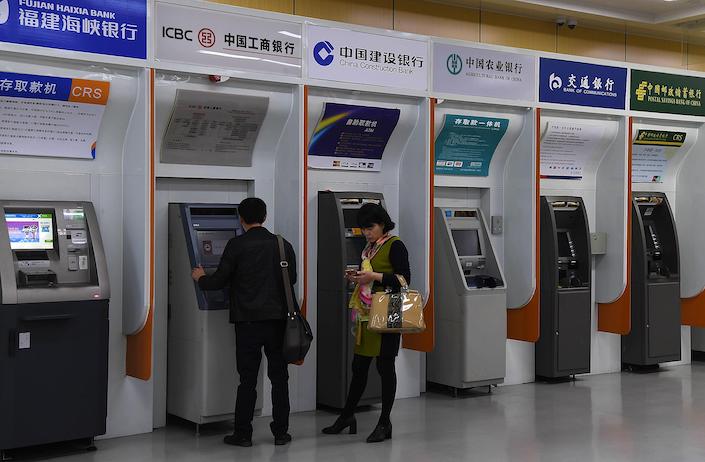 (Bloomberg) ― Chinese authorities are considering a sweeping package of measures to shore up smaller lenders, escalating efforts to contain one of the biggest risks facing the world’s largest banking system.

Problematic banks with less than 100 billion yuan ($14 billion) of assets would be urged to merge or restructure under a plan being discussed by financial regulators, people familiar with the matter said. Local governments would be held responsible for dealing with troubled lenders, with the central bank providing liquidity support if necessary, the people said, asking not to be identified discussing private information.

China has more than 3,000 small banks, many of which are struggling to cope with mounting bad loans and a government crackdown on risky funding practices. Authorities have so far taken piecemeal steps to stabilize the industry, seizing control of one bank in May and orchestrating bailouts for two others. President Xi Jinping’s government is now laying the groundwork for a more comprehensive solution.

The People’s Bank of China didn’t immediately reply to a faxed request for comment. China’s Financial Stability and Development Committee, which is chaired by Vice Premier Liu He, said in a statement that it held a meeting Wednesday to deepen reforms for small and medium-sized banks, including by helping them replenish capital. The committee didn’t provide any details or respond to a request for comment.

The reform proposal, which has yet to be finalized, would also compel existing shareholders of troubled banks to buy perpetual bonds to shoulder potential losses, the people said. A UBS Group AG analysis of more than 250 Chinese lenders in July showed they face a potential capital shortfall of 2.4 trillion yuan.

While a major industry consolidation might stabilize weaker institutions and make it easier for financial regulators to monitor risks, it’s unclear whether the plan would do much to address China’s moral hazard problem. Moral hazard refers to taking on added risk when someone else bears the costs of those risks.

If the nation’s banks get larger through acquisitions, the government may feel even more compelled to rescue those that run into trouble. China pessimists have argued that the country is headed for a financial crisis because authorities have papered over losses built up during a decade of rapid credit growth.

For the country’s big publicly traded lenders, the proposals could prove a mixed blessing. Institutions like Industrial & Commercial Bank of China Ltd. (ICBC) may benefit if the measures lead to increased financial stability and allow big banks to snap up smaller rivals on the cheap, but there’s also a risk that they’ll be compelled to absorb some of the industry’s weakest players. ICBC’s stock slumped to a two-year low in August after the bank injected capital into a troubled regional lender as part of a government-orchestrated rescue.

Troubled smaller banks pose increasing risks to the Chinese economy, which is already growing at its weakest pace since the early 1990s, weighed down by a multiyear deleveraging campaign and a trade war with the U.S.

Just in the past two weeks, depositors at two small banks rushed to withdraw their cash amid rumors on social media that the lenders were failing. In one case, local authorities had to arrange more than 30 billion yuan of liquidity injections.