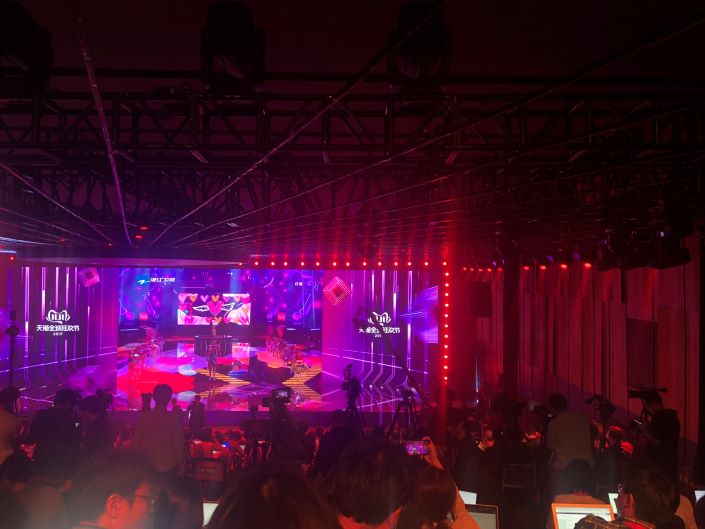 The country’s largest online shopping carnival — also called “Singles Day” because the date it takes place, Nov. 11, contains four “1”s when written numerically — has been setting new records on its own 11th anniversary.

Orders placed via Alipay on Alibaba’s e-commerce and services platforms, including overseas units Lazada and AliExpress, hit the 100 billion yuan ($14.3 billion) milestone less than 64 minutes after midnight, more than 40 minutes faster than last year. By 8 a.m., the figure had surpassed 150 billion yuan.

On Alibaba’s Xixi Campus at its Hangzhou headquarters, the tea rooms were decorated with fast-growing bamboo for its auspicious connotations of strong and steady growth to new heights. Visitors sat and drank barley tea specially served because its Chinese name, “damai,” is a homonym for “big sales.”

Alibaba’s wishes came true around 5 p.m. when the new one-day sales record was announced. But the eye-popping numbers were not a total surprise to the company. During a Sunday interview, Alvin Liu, the company’s head of import and export business, had confidently told reporters that this year’s festival would set multiple new records given the consumption power of China’s less-developed areas and the younger generation.

Locals certainly seemed caught up in the annual shopping craze. A woman surnamed Zhang showed off her brand-new pair of Nike sneakers to Caixin at a café Monday afternoon, adding that she was browsing more deals on her phone.

According to Alibaba’s real-time trading data, pet food, smart home appliances, and nutrition supplements have been some of today’s bestselling imported products, while Huawei’s Mate 30 smartphone and the iPhone 11 were among the most purchased new releases.

For the first time, livestreaming has been a major marketing force in the shopping festival. Within nine hours of the festival kicking off, livestreamers on Alibaba’s Taobao platform had contributed 10 billion in revenue to the festival, Alibaba told Caixin. It adding that more than half of vendors from the company’s other main Tmall platform have adopted the new promotion method.

Although the final figures for this year’s Double 11 won’t be available until Tuesday morning, they are expected to boost to Alibaba’s fourth-quarter performance. That could help the U.S.-listed company navigate plans for a second IPO in Hong Kong, during which it seeks to raise between $10 billion and $15 billion.

During last year’s Double 11 festival, Chinese shoppers spent over $45 billion across platforms including Alibaba’s Taobao and Tmall, JD.com, and Pinduoduo. Alibaba, which started Double 11, notched a record 213.5 billion yuan in products sold during the festival last year, though the figure grew at a slower rate than in years past.