Editorial: Distinguishing the ‘Forest’ and the ‘Trees’ in Risk Prevention 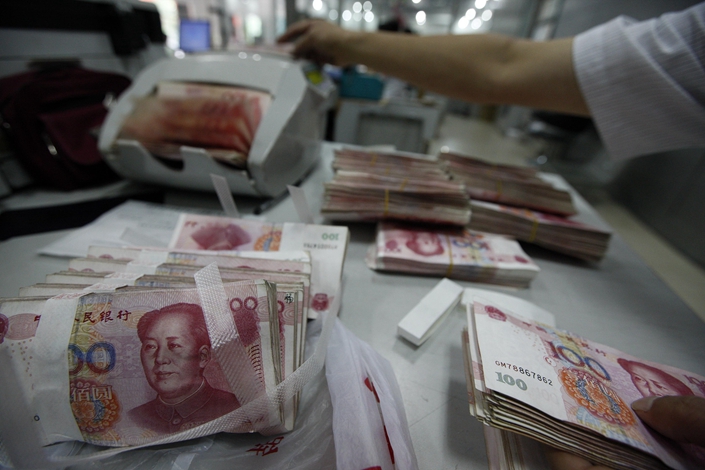 How should we understand “forest” and “trees” in risk prevention? Photo: VCG

Following the frequent defaults in the peer-to-peer lending industry, risks in small and midsize banks have also surfaced. Recently, Yichuan Rural Bank in Henan province and Yingkou Coastal Bank in Liaoning province suffered bank runs. The causes were said to be online rumors, which the regulators say will not cause systemic risk. We agree with this judgement, but we should also see that these recent events show how vulnerable market psychology is. At the recently concluded 10th Caixin Summit, the head of the China Banking and Insurance Regulatory Commission (CBIRC) proposed conducting a comprehensive examination of banking and insurance institutions, grasp the relationship between the “forest” and the “trees,” distinguish different situations, and give priority to the potential high-risk factors. This strategy is undoubtedly right.

In recent years, decision-makers have promoted deleveraging and risk prevention in the financial industry and have achieved positive results. For all kinds of chaos, the regulatory authorities have intervened in a timely manner and dealt with the issue, especially by disclosing information to effectively eliminate market panic. Local governments have also been sound in their responses. However, the incidents like Baoshang Bank, Bank of Jinzhou, and Hengfeng Bank have caused worry in the market over the operational status and asset quality of small and midsize banks. Today, though the deposit insurance systems have been in place for a while now, Internet rumors led to risky events for the banks, a sign worthy of vigilance.

How should we understand “forest” and “trees” in risk prevention? First of all, we should pay attention to the accumulated disadvantages in banks, especially in small and midsize banks, which are reflected in their corporate governance. Some banks are controlled by insiders or have been reduced to being the “cash machines” of major shareholders. The confusion in the internal management systems and the overall low business capability are appalling. From a broader perspective, in recent years, many financial institutions, particularly small and midsize banks, have been expanding and entering into cross-regional operations. This has occurred through interbank business, illegal borrowing, and using intermediary platforms to solicit deposits at a high price, which has resulted in rising nonperforming loan rates, a lack of capital and other contradictions. This is a problem not only in the banking development strategy, but also in determining whether China’s financial market patterns are rational.

If we cannot differentiate between the forest and the trees, we cannot accurately understand the essence of China’s financial risk. Finance is not only the heart of the modern economy, but is also the supporter of the real economy. In recent years, downward pressure on China’s economic growth has increased, and many enterprises are struggling. According to a recently released survey of 217 small and misized banks, in the view of the governors, 21.5% of enterprises are slow-growing, 18.3% are difficult and unsustainable, and 14.6% of enterprises are shrinking and difficult to maintain. Why are so many enterprises facing such difficulties? A total of 85.5% of bank presidents said they were “affected by policy and institutional factors.” It should be recognized that in the process of financial deleveraging, the difficulty of real economic financing increases, leading to the defaults of some corporate bonds and an explosion in pledged equity. This objectively leads to the deterioration of the asset side of the balance sheets of commercial banks, and small and midsize banks bear the brunt.

At present, it is necessary to deal with three relationships to correctly understand the “forest” and the “trees” in risk prevention. First, the relationship between market clearing and the role of the government. In future, risks of small and midsize banks will be further exposed, and smaller risk points will be gradually exposed and disposed of. This is an ideal way to resolve the financial risks of stocks. The difficulty is doing so in a proactive, orderly and controllable way. Recently, while dealing with problem banks, the regulators have prudently broken with the practice of “rigid redemption,” which is commendable. This is not only a stress test for financial institutions, but also a vivid lesson in risk for depositors and investors. Only by persistently improving the market-oriented disposal and withdrawal system can the “stereotype” of banks being guaranteed by state credit be changed.

Second, the relationship between risk prevention and opening-up. At present, the pace of domestic financial opening is speeding up. If the house is not cleaned but guests are invited in, the situation of a “bull in a china shop” may occur. This is not to say that the pace of opening-up should slow, just that the task of risk prevention has become more urgent and complex. Third is the relationship between stock risk and incremental risk. At present, the financial regulatory framework of “one committee, one bank, and two regulators” has been established. On the premise of ensuring financial support for the real economy, we should strictly control the incremental risk and accelerate the resolution of the stock risk. We should guide small and midsize banks to return to their original sources, local areas and service entities.

On the surface, dealing with these three relationships well requires balance, which is actually a subject of reform and development. The meeting of the State Council’s Financial Stability and Development Committee earlier this month pointed out that it is necessary to deepen the reform of small and midsize banks, improve the corporate governance structure, adapt the internal risk control systems to better suit small and midsized banks, and solve the systemic and mechanism problems of the development of small and midsized banks. Recently, the CBIRC also disclosed the “five steps” for disposing of high-risk banking institutions, including capital supplement, reorganization, mergers and acquisitions, takeover through external forces and real bankruptcy. The key lies in implementation.

At present, there are different views at home and abroad on whether a new international financial crisis will break out. No matter what the international prospects are, China should try to do its best. As for financial risks, the market and the public should not panic in the face of sudden incidents, and regulatory authorities should pay more attention to the institutional mechanisms of the sporadic events. After all, the financial regulatory authorities are the last line of defense in risk prevention. Achieving economic growth, economic transformation, and high-quality development is the fundamental way to prevent and resolve financial risks.