Growth of Chinese Students Studying in U.S. Slows to 1.7% Amid Visa Worries

By Wang Su and Yang Ge 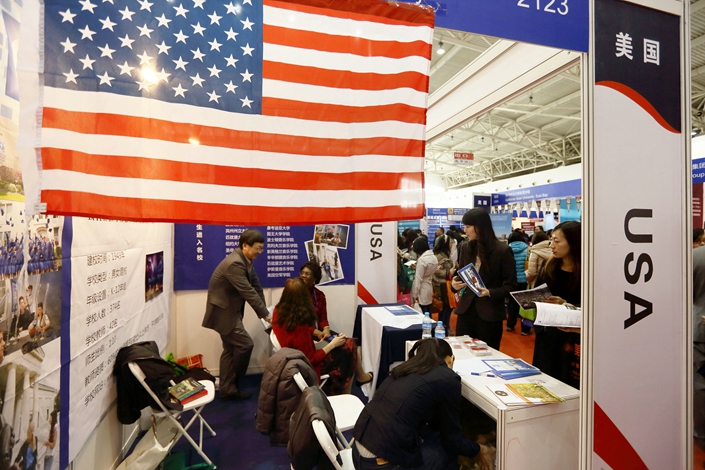 China was the world’s top contributor to international students in the U.S. for the 10th consecutive time in the 2018/2019 academic year, but the rate of increase has been coming down as both institutions and students fret over their ability to get necessary visas.

Chinese students in the U.S. rose by 1.7% to 369,548 in the latest full academic year, accounting for about a third of all foreign students in the country, according to the Institute of International Education’s “2019 Open Doors Report on International Educational Exchange” released on Monday in the U.S. Within that number, undergraduates rose 0.2% to 148,900, while graduate students rose 2.0% to 133,400.

The U.S. is currently the world’s most popular destination for overseas students, including from China. But recent signals coming from the administration of U.S. President Donald Trump have led many Chinese to worry their student visas could get delayed, especially in the sensitive STEM areas of science, technology, engineering and math.

China’s education ministry previously disclosed that in January to March this year, the government was planning to send 1,353 students to academic programs in the U.S. But 182 of those — or 13.5% — ultimately couldn’t go due to visa issues. Such reports have led to concerns about difficulties getting visas among the general international student community, even after students get admitted to academic programs and show they have the resources to pay tuition.

According to the report’s survey of incoming students for the 2019 fall semester, visa problems have become the biggest source of concern for educational institutions among factors that could affect their enrollment of overseas students. Some 87% in the latest survey expressed concerns that the visa factor could be driving student numbers down, up from 68% in the fall semester of 2017.

With such concerns in mind, data from the British embassy shows a growing number of students might be considering the U.K. as an alternate to the U.S. Between July 2018 and June 2019, government data show that 107,000 Tier 4 student visas were issued, up 21% from the same period a year before.

On a broader basis, the latest report showed that the number of international students studying in the U.S. grew by a marginal 0.05% to reach an historic high of nearly 1.1 million in the 2018/2019 academic year.