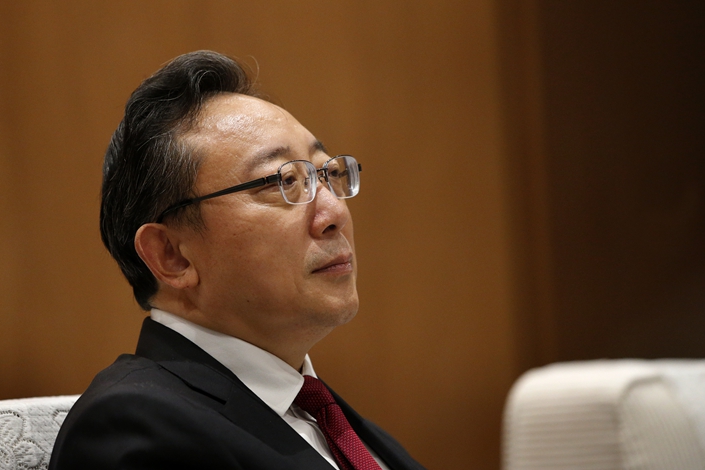 Another academic integrity scandal has rocked China’s scientific world as concerns have been raised that a prominent researcher and university president may have played a role in falsifying and duplicating data in scores of published papers.

The allegations surfaced last week when Elisabeth Bik, a microbiologist with a passion for checking papers for manipulated photos, flagged images from papers by what she called a “big-name professor” on PubPeer, an online academic exchange platform.

The professor in question is Cao Xuetao, an immunologist who held a number of notable posts and accumulated a number of honors before taking up his post at Tianjin’s prestigious Nankai University in 2017.

Despite growing into a significant science and technology player, China has experienced a number of scientific scandals relating to ethics, falsified data and plagiarism. In 2017, journal Tumor Biology retracted 107 papers by Chinese authors due to fake peer reviews, a record number of retractions.

The papers flagged by Bik span a period of about 15 years and either have Cao listed as an author or came from a lab he was overseeing at the time. The Stanford University graduate says that the papers may contain duplicated or falsified data, noting that images of data graphs from a 2004 report appear remarkably similar to those from a 2003 report. The images have different identifications yet appear to have very similar features, which Bik says are indications that the data has been reused and relabeled — or in other words, falsified.

She did however tweet that “I want to stress here that I am not accusing anyone of misconduct. Please keep in mind that many of these duplications might just be honest errors.”

In response to the public allegations from Bik and her team, Cao posted a letter on PubPeer in the early hours on Monday.

“Upon being notified of your inquiries, I have made them our highest priority and immediately took steps to look into the concerns you raised with the team and collaborators and carefully re-examined our manuscripts and raw data and lab records,” Cao wrote. “I most sincerely apologize for any oversight on my part and any inconvenience it might have caused.”

However, Cao wrote that he is still “confident about the validity and strength of the scientific conclusions made in those publications and our work’s reproducibility.”

Other researchers whose work has been implicated also responded to the allegations on PubPeer. Chen Taoyong of the Shanghai-based Second Military Medical University’s National Key Laboratory of Medical Immunology — of which Cao was once director — posted original data from the experiments, saying that the images in question did indeed come from different subjects despite the fact that “they occasionally looked similar.”

So far, the first authors of eight flagged papers have explained the image acquisition process in response to the queries. Bik thanked the authors for their explanations but later said that she was still studying more than 300 papers affiliated with Cao.

In an interview with Caixin on Tuesday, Bik said that Cao’s response is mainly aimed at some of the easier-to-explain image reproductions. “However, they have yet to answer more complex questions about image reproduction, such as the repetitive features in flow cytometry plots,” she said, referring to a technique that plots data relating to many parameters from a fluid mixture containing live cells.

The very nature of medical research with live cells makes it nearly impossible for flow cytometry result charts to appear exactly the same, casting doubt on the results of the academic papers that have been flagged. “This degree of expected fraud will directly affect the credibility of the article’s conclusion,” one postdoctoral researcher, who wished to remain anonymous, told Caixin.

“Once (Cao’s team) have finished verifying the results in some 350 papers, I will inform the editors of each journal (in which the papers appeared) of the results,” Bik said. Though Cao may not have been directly involved in any improper image reproduction or the experiments themselves, he would be as responsible for the integrity of the data as head of the labs that produced the papers, she said.

Earlier this month, Cao gave a speech at the Great Hall of the People in Beijing on research integrity as part of government campaigns to crack down on scientific misconduct and enhance scientific integrity.