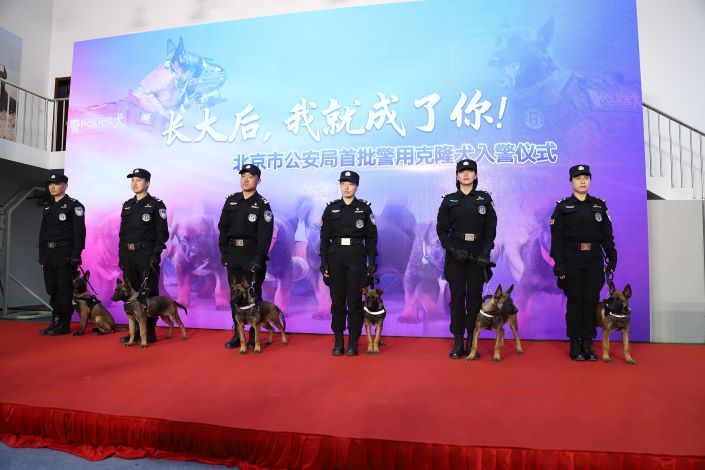 Genetic cloning has moved on a lot since Dolly the Sheep made headlines way back in 1996.

On Wednesday, a ceremony was held to celebrate the admission of six cloned dogs into the police force of the Chinese capital, according to the Beijing Daily, a state-run newspaper affiliated to the city’s municipal committee.

The patrolling pooches were created using somatic cells taken from what the police described as “preeminent police dogs.” The project, which is being conducted with the private Beijing-based pet-cloning company Sinogene, aims to retain the genes of the force’s best canine companions, thereby reducing training times and increasing breeding efficiency.

The genetic samples used to clone the six police dogs were taken from two Belgian Malinois specimens named Sijiding and Arui. Five-year-old Sijiding was granted the “meritorious dog award” by China’s Ministry of Public Security, while four-year-old Arui, introduced from abroad, is particularly adept at biting and attacking, the Beijing Daily reported.

The Beijing police will closely monitor the performance of the cloned dogs in preparation for a planned mass cloning of “excellent” police dogs and the establishment of a gene bank.