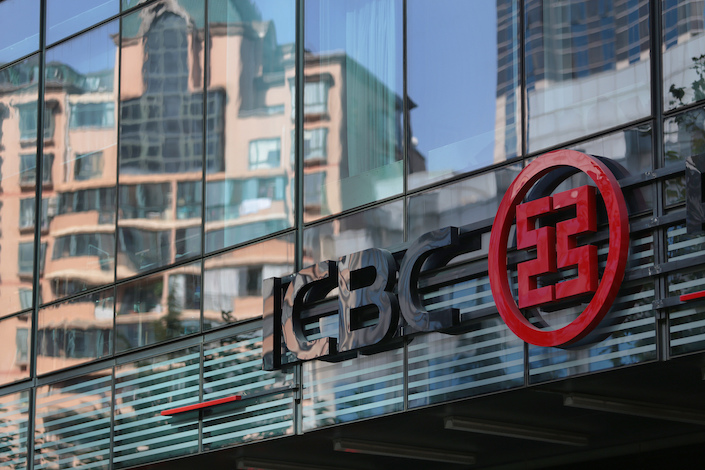 A Chinese state-owned bank will pay nearly $8 million of interest on behalf of a distressed state-owned enterprise that it backed in an offshore dollar bond issuance.

Industrial and Commercial Bank of China Ltd. (ICBC), one of the China’s “big four” state-owned commercial banks, transferred $7.875 million to pay interest due Dec. 1 on Tewoo Group Co.’s $500 million, dollar-denominated bond issued in 2017 in Singapore, after the Tianjin-based commodities trader said it couldn’t guarantee repayment itself, the company said in a filing with the Singapore stock exchange Tuesday.

ICBC, as the company’s biggest lender with nearly 20 billion yuan ($2.85 billion) of loan exposure, provided a standby letter of credit for the bond, ensuring payment will be made if the issuer can’t do so. Usually such a letter is a payment of last resort from the bank and ideally is never meant to be used.

Tewoo Group, wholly owned by the Tianjin government, is one of China’s top commodity traders and has been a Fortune Global 500 company since 2012. Like many government-backed commodities traders, Tewoo has been taking advantage of easy access to bank loans to provide financing for steel buyers or steelmakers, earning commissions on such deals.

This business model plunged Tewoo into debt trouble after Bohai Steel Group Co. Ltd., one of the steelmakers with which it had close business ties, fell into a debt crisis and collapsed. The company accumulated 221 billion yuan of total liabilities by the end of 2018, accounting for more than 80% of total assets, Caixin learned.

In April, Fitch Ratings downgraded Tewoo’s foreign debt to B-, a junk level, and cut the company’s credit rating to CCC+, citing liquidity concerns. Fitch also lowered its rating of the Tianjin government’s guarantee to Tewoo by one notch to moderate.

Earlier this year, the Tianjin government to stabilize the company’s liquidity asked banks not to withdraw or restrict their loans to Tewoo. However, because there hasn’t been any formal solution to the company’s debt woes, banks have been reluctant to increase their loan exposure. Several of Tewoo’s subsidiaries have defaulted on some debts.

Tewoo also faces a lawsuit related to its debt dispute with a steelmaker. In September, a subsidiary of Taiyuan Iron and Steel Group sued a financial subsidiary of Tewoo, requesting repayment of a 100 million yuan debt.

Tewoo is also trying to sell assets to raise cash. It has listed four properties for sale since August, including a minority stake in a luxury hotel in Tianjin.

Although Tewoo doesn’t have sufficient effective assets to cover its debts, it’s unlikely to enter liquidation due to regional risks, Caixin learned from exclusive sources. The Tianjin government and multiple creditors have not reached an agreement on an initial debt restructuring plan, according to the sources.